Concept art from Loki reveals that a scene was scrapped with a Rocket Raccoon variant.

One of the most alluring and novel components of Loki was the inclusion of hilarious Easter eggs that were littered throughout the series. The series featured dozens of obscure blink and you’ll miss it references and Easter eggs that would make even the most hardcore Marvel fans get excited. The series also featured numerous hilarious Loki variants, such as Alligator Loki. Unfortunately, no other Marvel Cinematic Universe characters were present to get their own variant. However, a new piece of concept art reveals that there was a scrapped scene that might have featured a Rocket Raccoon variant.

The Disney Plus documentary Assembled: The Making Of Loki broke down some of the show’s most unique aspects, such as the set and character design. One piece of concept art that helped shape the queuing area in the TVA features an appearance from a walking raccoon. It’s hard to imagine any other walking raccoons who are capable of being criminalized like Rocket Raccoon, which makes many think that the creature is actually a variant of the Guardians of the Galaxy member. Of course, the variant never showed up in Loki, but it has us thinking which other characters from the MCU could have appeared in the series. 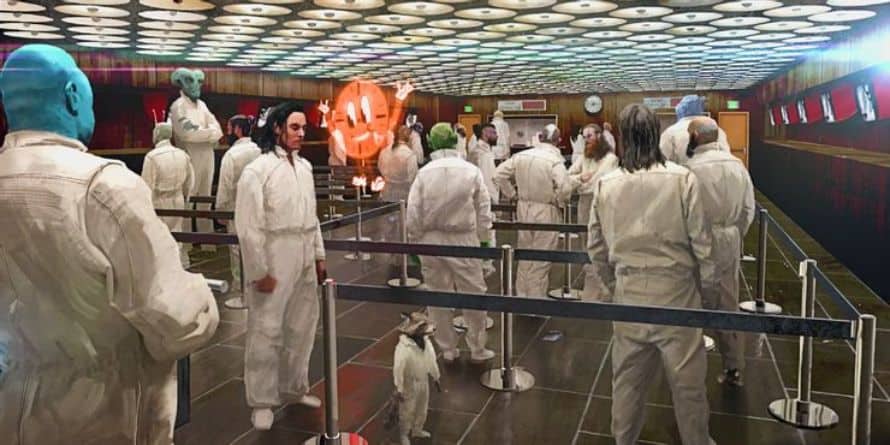 Are you disappointed that Rocket Raccoon didn’t show up in the series? Comment below and let us know!

‘Loki’: Sophia Di Martino On Why Sylvie Will Regret Killing He Who Remains

Here is the official synopsis for Loki:

Loki season one is now streaming on Disney Plus. Stay tuned for all the latest news regarding the future of the Marvel Cinematic Universe and be sure to subscribe to Heroic Hollywood’s YouTube channel for more original video content.