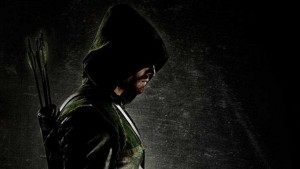 Season four of Arrow ended with Team Arrow saving the world from Damien Dark’s plans of a nuclear holocaust. That didn’t come without a cost. The ordeal broke them. Not only did we lose Laurel Lance, the Black Canary, but the rest of the team decided they needed some soul searching and split up. Oliver decided to step forward and try to “save the city” in a different capacity as the interim mayor. This will leave Star City without their core group of vigilantes to help keep the city safe.

Season Five will be adding a new vigilante. At this time, it is unknown if this new vigilante will be a friend possibly joining Team Arrow, or foe in direct competition with them. At this time, the report is that the new player will be a “cocksure/reckless ex-Marine turned vigilante.” Even as we are introduced to the new vigilante, much of Oliver’s time will be spent managing City Hall. The showrunners are promising that the institution will be crucial to the series.

In regards to the never-ending flashbacks, that’s not going away anytime soon. When discussing them showrunner Wendy Mericle has this to say:

“It’s a very good possibility that we’ll finally find out how he got that Bratva tattoo and how he learned to speak Russian. When Oliver says, ‘No one can know my secret’ and he kills that guy in the pilot, we’re going to get some insight into that.”