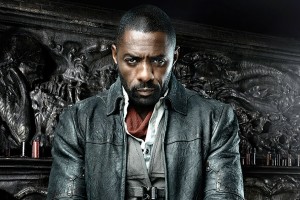 Adapting Stephen King’s The Dark Tower has been a long process. Over the years it was deemed “unfilmable” given how dense the original story was. Through its time in “development hell,to” all sorts of ideas had been floated on bringing the entire epic story to audiences. One idea that was floated a while back was to have a movie produced for one story and the next story be a tv series or mini-series, then another film, rinse repeat. While this was an ambitious idea and could be very interesting to pull off, the idea was ultimately shelved. Turns out that now is not the case.

The makers of The Dark Tower, starring Idris Elba recently announced that they will indeed be moving forward with a companion TV series in conjunction with the film that will be released next February. The production company MRC as well as executive producer and co-screenwriter Akiva Goldsman reveal plans for a TV series. They have commited not only a pilot, but a 10-13 episode series. The Dark Tower TV show has plans to start filming in 2017 with an anticipated premiere in 2018 to hopefully coincide with when the film is available for cable TV and streaming services. Currently they do not have a distributor. Due to the dark subject matter, it would probably have to be on a pay TV station (HBO/Cinemax, Netflix, etc.). Although they don’t have a distributor, they are moving forward anyway.

Roland himself, Idris Elba will return as the lead. Alongside him will also be Tom Taylor who plays Jake Chambers in the upcoming film. The show will serve as an origin story or prequel to the events in the Dark Tower film. Because of this, there might also need to be casting for a younger version of Elba’s character. There is no word if Matthew McConaughey will be in the film. In the story, his character Walter AKA The Man In Black has gone by many names and assumed many forms, so McConaughey’s character may be in it but portrayed by another actor.

If the film is successful, we will see more films. The same goes for the TV series. If the TV series is successful, there most certainly be a second season as well. After all, there’s a lot of material to cover from the series weather it’s in a movie or on a TV show.