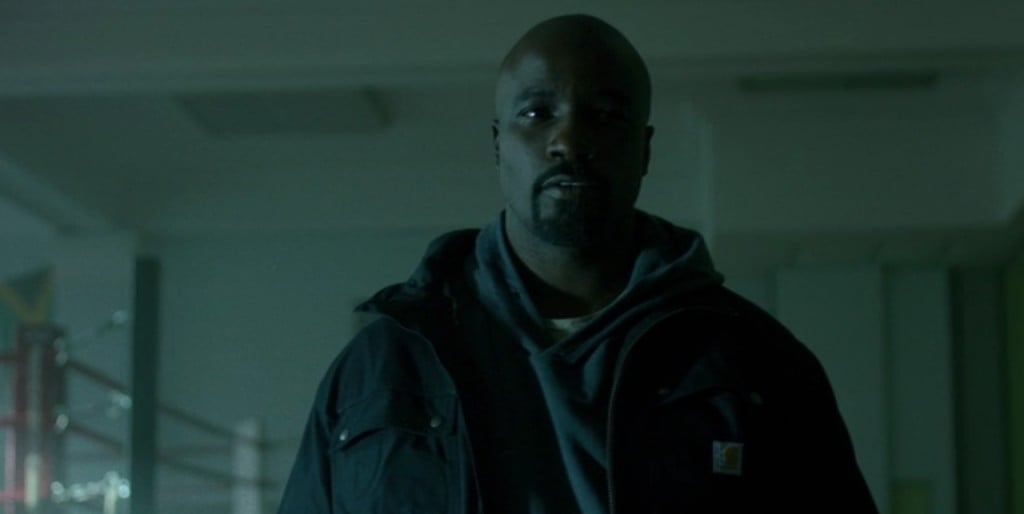 One of the highlights of the first season of Jessica Jones was the character of Luke Cage. Quite literally strong as hell (with unbreakable skin), Luke Cage, played by Mike Colter, will be joining the ranks of the Marvel superhero shows on Netflix later this month. Not only does the show look amazing and full of action, but Luke Cage is also proving to be racially and politically relevant, as well as timely.

This is what showrunner Cheo Hodari Coker had to say about the show:

Trust me, it’s like I wish that it wasn’t as politically relevant because I wish the world was in a better place. I wish that these things weren’t happening to give everything that we’re trying to do a political bent. Luke, being bulletproof and walking through [redacted for spoilers] was really more influenced by Arnold Schwarzenegger’s invading the police station in Terminator. And we shot it that way. But when you see the images of a bulletproof black man in a hoodie walking forward…it just has like the symbolic meaning that I don’t think we even anticipated. I think that people will read about it as political and see my quote, but I think when they see the show, they’re going to go, ‘Aw man, this show is fun as hell.’

Not only does Coker promise that the show will be fun, but that part of what makes Cage such an engaging character is that he’s relatable and not pretentious. “He’s a person first,” says Coker.

It isn’t just that he’s African-American. I think the thing about Luke Cage that I love is the fact that he’s not just jumping into being a hero. He’s a person first. That was the thing that appealed to me about the comic books. He was “the Hero for Hire.” It’s the fact that he’s like, “Look, maybe I should get paid for this?” Not in a bad way. He’s never like malevolent about it. I always thought that was kind of interesting. It made you think, “Like wait a minute: does Spider-Man have health insurance?” It’s the kind of stuff in the real world context, like what would that be like? I think what’s appealing about Luke is the fact that he’s just somebody who’s just your normal, average guy.