Before Luke Cage was even released, the producers and the Marvel Television team were talking about how music would play a vital part in the brand new Marvel/Netflix series. The Hip-Hop and R&B focused soundtrack was so important to the whole aesthetic of the show, it even felt like a character in itself. Much like in Marvel’s Guardians of the Galaxy the music of Luke Cage played an important part in driving the narrative. Along with the use of popular music from incredibly famous artists, the show also contained one of Marvel’s finest scores influenced by Hip-Hop and expertly created by Adrian Younge and Ali Shaheed Muhammad. When talking about the soundtrack, the composers said:

“We sought to create a score that reflects the world of Luke Cage. We see this world as a place where classic cinema meets classic Hip Hop” 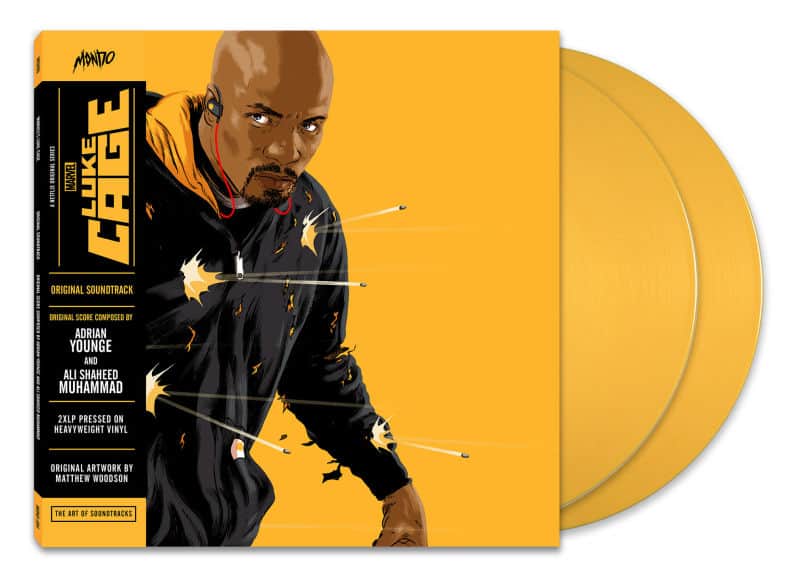 The soundtrack will be available on special edition ‘Power Man Yellow’ coloured vinyl courtesy of Mondo via digital retailers, and streaming services on October 7th.