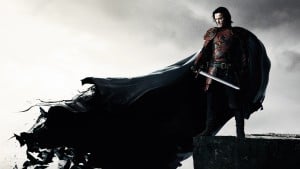 When Universal Studios announced their plans to reboot their line of Universal Monsters films and re-imagine them in a shared cinematic universe, audiences wondered if Dracula Untold would be the first entry in this new franchise. Re-shoots taking place shortly after the film ended production were designed to tie the film in with the shared universe with hopes that star Luke Evans could reprise his role as Dracula in future films.

Rather than basing the film on Bram Stoker’s famous novel, Dracula Untold told an origin story for the character that was more of a re-imagining of the story of Vlad the Impaler, whom the character is said to be loosely based on. However, despite praise for Evans’ performance and solid box-office success, criticism towards the film was largely negative and few audience members were enthusiastic to see this take on the character continue in future films.

The future of this version of Dracula seemed to be sealed when The Mummy reboot, starring Tom Cruise, was announced as the first film in the new Universal Monsters Cinematic Universe. However, while promoting his upcoming film The Girl on the Train Evan’s spoke with Collider and revealed that plans for his version of Dracula to appear in future film are not entirely dead.

“There is dialogue, that’s all I really know at this point. It’ll be interesting to find out. It’s a big old franchise you know and I think they’re trying to get the structure correct and how it will unfold cause there’s lots of these monsters. I don’t think Dracula’s dead, that’s for sure.”

Despite the uncertainty, Evans was in good humor about the possibility of starring opposite classic movie monsters, arguing,”It would make a lot of sense wouldn’t it? If you can put Iron Man with Thor, why can’t you put Dracula with the Wolf Man? They can compare fangs.”

While fans wait to learn the fate of Evan’s version of Count Dracula, The Mummy is scheduled to be released on June 9, 2017.