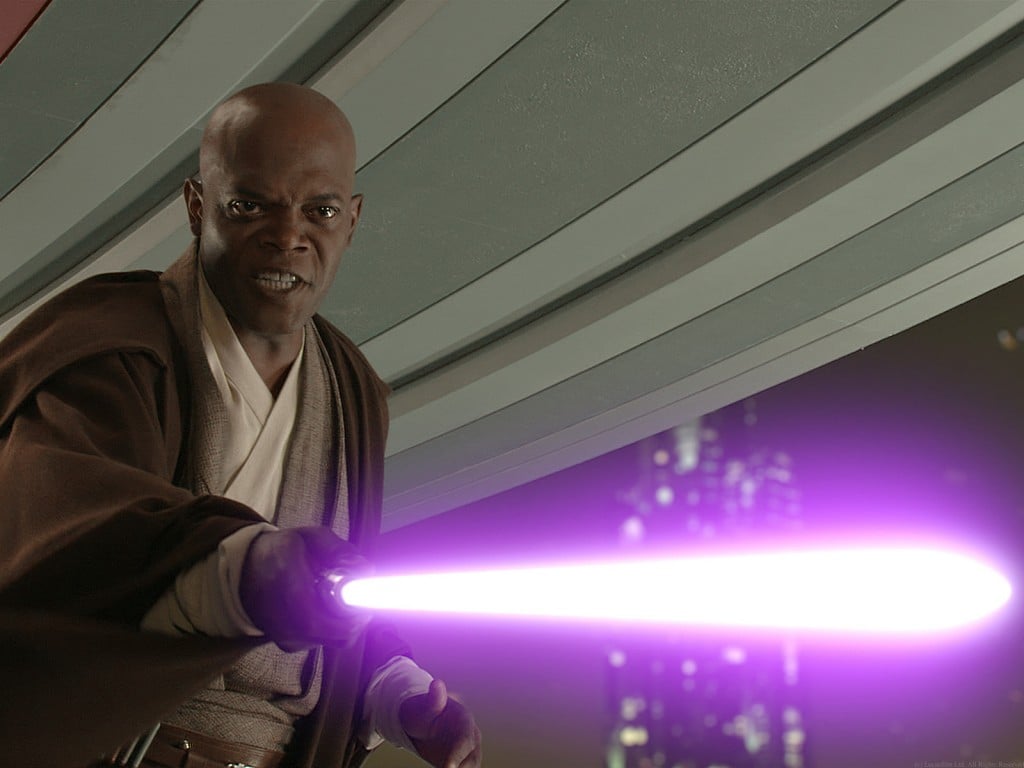 Samuel L. Jackson as Jedi Master, Mace Windu was one of the more memorable parts of George Lucas’ prequel  Star Wars trilogy. In the final film, Star Wars: Episode III – Revenge of the Sith  audiences witnessed the apparent demise of Master Mace Windu at the hands of Anakin Skywalker and Emperor Palpatine high in the towers of the planet Coruscant. This was the moment that finally turned Anakin away from the Jedi Order and into Darth Vader.

Despite his epic death scene at a poignant moment of the trilogy, Windu actor, Samuel L. Jackson doesn’t believe his famous character is in fact dead. During a Twitter Q&A Jackson said, “Jedi can fall from extremely high heights,” He followed this statement up in an interview with EW Radio, Jackson claiming Windu could still be alive in the Star Wars Universe. “Of course he is! Jedi can fall from amazing distances. And there’s a long history of one-handed Jedi. So why not?” Jackson further claimed, Windu could have been laying low like Obi-Wan and that he’d suggested his character could still be alive to Star Wars creator George Lucas who said (according to Jackson) “You can be alive”.

George Lucas has no creative control over the Star Wars Universe anymore but fans can hold on to hope that Mace Windu may show up again, perhaps in Star Wars Rebels or a future film set between Revenge of the Sith and A New Hope.