A sequel to a reimagined look at an animated classic, Maleficent: Mistress of Evil is kind of a mixed bag. Taking place five years after the original, Aurora (Elle Fanning) is Queen of the Moors, a land full of mythical creatures that borders a traditional Kingdom, and Maleficent (Angelina Jolie) still acts as her sulky guardian and defender of the realm. Despite the character’s noble transformation at the end of Maleficent, rumors and nasty stories have tarnished her image, causing many to fear her and distrust all magical creatures. An entertaining story about paranoia and accepting those who are different from you, Mistress of Evil has some of the classic Disney spirit, but overall it’s pretty dark for a PG film primarily marketed at children and nostalgic parents.

The sequel is helmed by Joachim Rønning, one of the co-directors on 2017’s Pirates of the Carribean: Dead Men Tell No Tales. Rønning shines at capturing Maleficent and the other creatures’ fluid movements or big crowds gathering to fight, but he doesn’t evoke the same sense of emotional maturity that Robert Stromberg accomplished with the original. A beautiful looking film that used shadows very effectively to frame and display its characters, Mistress of Evil is a bit too focused on action. The entire third act is essentially a massive, bloody battle between humans and magical creatures and there’s no real reason the film’s stakes needed to be ratcheted up that high. People want explosions and action from their Star Wars and Marvel films, but Disney shouldn’t feel compelled to insert what makes those films entertaining into their other properties.

Fortunately, Angelina Jolie is as captivating as ever as the misunderstood fairy. While a lot of the character’s rough edgers were already sanded down in the original, Maleficent still struggles to display her niceties and Angelina Jolie shines whenever her character is forced into an awkward or uncomfortable situation. Outside of Sam Riley’s goofy yet sultry Dioval, the supporting cast doesn’t give Angelina Jolie much to work with unfortunately. Ed Skrein does his best Ed Skrein impression, oozing machismo in every shot and trying to rile his fellow fairies to battle. Fanning is fine as Aurora but it really seems like she was cast simply because she has a lovely smile. The strongest supporting actor is likely Chiwetel Ejiofor as Conall, a rogue fairy who leads a hidden civilization, but he’s not given enough time or ample material to really stretch his wings.

The real star of the show here is Michelle Pfeiffer as Queen Ingrith, Phillip’s mother. A deliciously evil, manipulative individual, Ingrith harbors a deep mistrust of the Moor’s magical creatures due to what she considers an unfair economic arrangement between the two societies. Pfeiffer dominates the screen every scene she’s in and her manipulative attitude and misguided sense of righteous indignation makes her the perfect enemy for Maleficent. A ruler who likes to lead through fear because she knows it can compel her subjects to do anything, Ingrith has a lot in common with real, bigoted political leaders who scapegoat misunderstood people and decry accepting others as weakness. Despite her somewhat understandable motivation, Ingrith’s dark, uncompromising behavior ensures the villain never has a chance for redemption in classic Disney fashion. 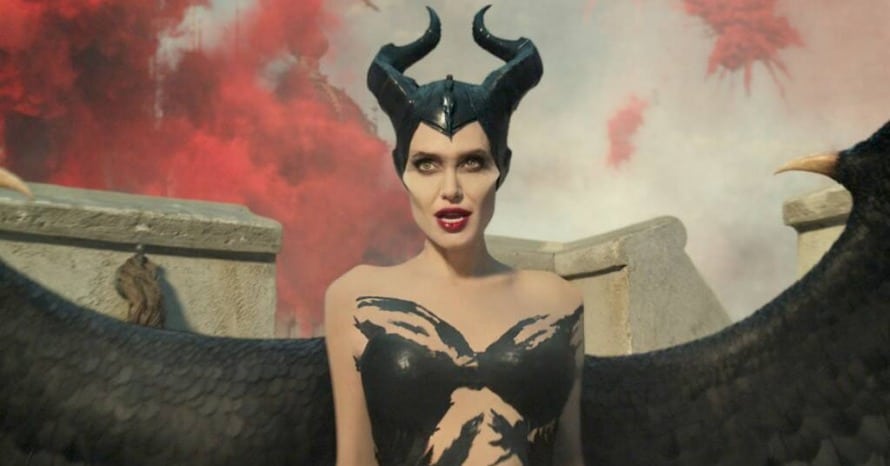 Thanks to the exquisite work of Ellen Mirojnick, everyone in Mistress of Evil is delightfully and decadently dressed. The star of the show herself, Maleficent, rocks a series of elegant black dresses that somehow makes her appear both intimidating and motherly at the same time. To fit the medieval/royal setting, Mirojnick went all out — especially in the jewelry department — and ensured everyone from a royal soldier to a lowly peasant looked the part. Even the flowing blouses and detailed gowns that characters like Aurora and Ingrith wear display a lot about their characters, as Aurora feels controlled and overwhelmed wearing Ingrith’s tight gown during a ceremony and noticeably more comfortable while wearing a flowing dress made by her fairy godmothers. Despite all the good, there are a number of sequences where Maleficent is seemingly wearing less and less clothing for some reason; during the final battle in particular, she’s not wearing any of the gown that symbolizes her power and grace, as she’s wrapped in a weird, goopy leather top that looks like something straight out of Venom.

Much of the original material in Mistress of Evil comes from exploring the world’s deeper lore. At the beginning of the first film, Maleficent was labeled as a fairy, not the only one on Earth, and the follow-up finally digs deeper into how the world of humans and fairies have interacted. While some of the material is a bit heavy-handed, the overarching message behind the fairy’s exile is a deeply relevant story that touches on real-world problems occurring today. Not only are all of the Moor’s creatures beautifully and bizarrely rendered, the way they communicate and interact with one another reinforces the idea of a diverse community in harmony that audiences saw in Maleficent. A lot of the material feels somewhat generic from a fantasy perspective, but it fits perfectly in this updated Disney tale.

While the movie is entertaining overall, the tone is somewhat jarring. Even the subtitle, Mistress of Evil, is misleading and not overall reflective of what the character stands for or the journey she undergoes throughout the film. Despite all the film’s good, it fails to live up to the high-bar set by the original. It’s somewhat refreshing to see a quasi-original live-action movie come out of Disney, but I’m not sure Mistress of Evil was a necessary or worthy follow-up. Angelina Jolie does a great job solidifying the character as a tragic figure, but it’s hard to square that image in my head with the classic, badass villain that is Maleficent in the animated movie and in random parades and live shows at Disneyland.