A brand new photo from the upcoming live-action Star Wars series The Mandalorian has dropped, bringing together Pedro Pascal and his co-star Gina Carano.

Courtesy of Entertainment Weekly, the new photo shows Pedro Pascal’s titular Mandalorian alongside Gina Carano’s character Cara Dune. The two are shown to be ready for action for what is shaping up to be a unique, gritty story in the Star Wars canon.

Star Wars: ‘The Mandalorian’ Will Explore Origins Of The First Order

You can check out this new photo from The Mandalorian featuring Pedro Pascal and Gina Carano down below: 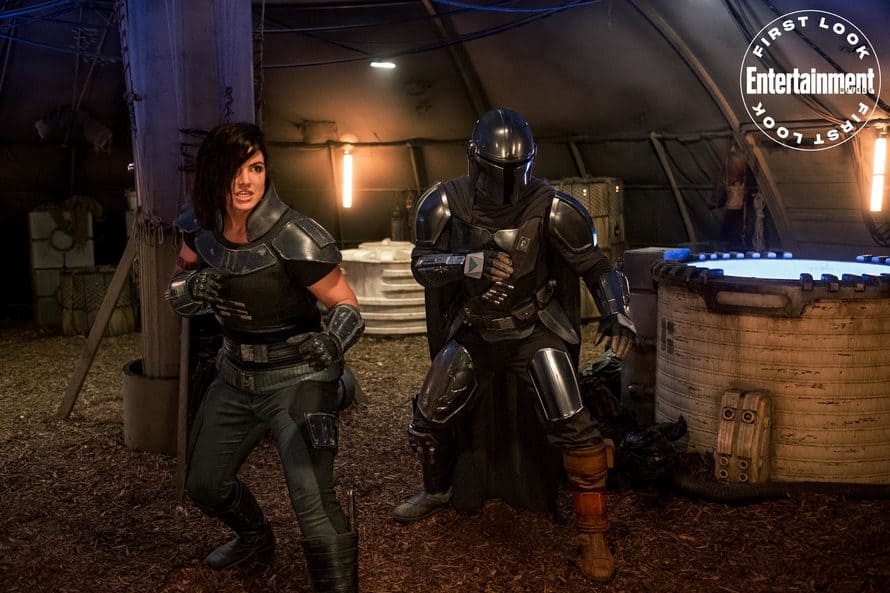 Pedro Pascal plays the titular Mandalorian, who is described to be a lone gunfighter and Bounty Hunter akin to Clint Eastwood’s Man with No Name from the Dollars trilogy. Gina Carano’s Cara Dune is described as a “former Rebel shock trooper”. Given the nature of the era in which the series takes place in the Star Wars canon, it will be interesting to see how the dynamic between Pedro Pascal and Gina Carano will turn out.

The Mandalorian is set after Return of the Jedi and will explore the Star Wars timeline between the original and sequel trilogies for the first time in live-action. Pedro Pascal stars as the titular character, along with Gina Carano, Giancarlo Esposito, Emily Swallow, Carl Weathers, Omid Abtahi, Werner Herzog, and Nick Nolte. Here’s the official synopsis:

Stay tuned to Heroic Hollywood for the latest news on Disney Plus, Pedro Pascal, Gina Carano, The Mandalorian, and the future of the Star Wars franchise as we learn it!