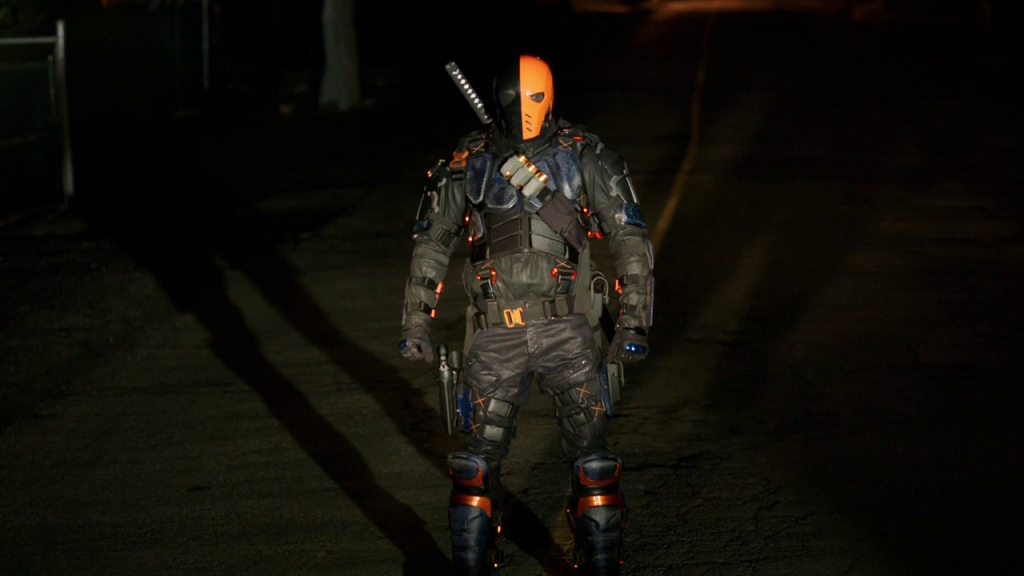 With the huge news that Deathstroke would be joining the DCEU, followed by the dream casting of Joe Manganiello as the world’s greatest mercenary, people still haven’t forgotten the most recent live action iteration of the character, portrayed by Manu Bennet on Arrow. And Bennet hasn’t forgotten either. It seems that everyone has been cheering and rejoicing about the news of Manganiello’s casting, but many of those same people have been wondering how Bennet felt about the news, particularly given his open criticisms about the direction the character took in season 3 of Arrow. Well, Bennet has confirmed just how feels about it in a short and sweet tweet.

For those of you who don’t get the reference to Magic Mike, Manganiello played a character in those movies. I’m sure there are plenty of Bennet fans who wouldn’t mind to see him stripping on stage with the likes of Channing Tatum at some point in the future. The tweet is a nice gesture from Bennet, and it is good to see the TV actors continually supporting the movies, after what could be considered a rocky start (Arrow stars Stephen Amell and Willa Holland have both spoken about their disappointments with how the movie’s have affected the Arrowverse in the past). And remember, just because Manganiello is portraying the character in the DCEU, doesn’t mean Deathstroke the Terminator can’t return to Arrow, that’s up to the writers and Bennet.

Manganiello has been confirmed to portray Deathstroke as the villain in the Solo Batman Movie, and is rumoured to possibly play a part in next year’s Justice League.