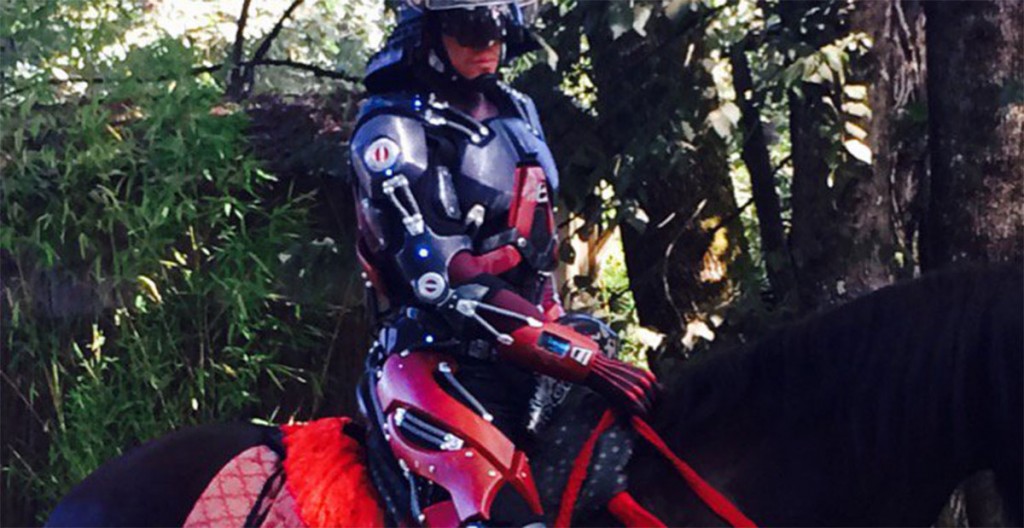 Legends of Tomorrow isn’t your typical superhero show. The CW show starring a misfit team of B and C list DC characters features time travel, giant bat creatures, cowboys, and space pirates. There is nothing that is too out there for the show that takes its comic book inspirations to new live action levels. Next season will even feature both the Justice Society of America and the Legion of Doom. I bet you never thought you’d read that back while you were watching season one of Arrow.

Marc Guggenheim has tweeted an image earlier today featuring more wackiness from the production of season two. The image shows Brandon Routh’s character, Ray Palmer (aka The Atom) riding a horse, wearing what appears to be Samurai headgear. I’m not sure why someone with a flying supersuit would ever need to ride a horse, but I’ll wait until the episode airs to reserve judgement. Could Katana be making a return?

Legends of Tomorrow. This show is insane… pic.twitter.com/sEskMkHW4q

Legends of Tomorrow Season 2: After the defeat of the immortal villain Vandal Savage and the corrupt Time Masters who colluded with him, a new threat emerges. Dr. Nate Heywood (Nick Zano), an unconventional and charming historian, is thrust into the action upon making a shocking discovery – the Legends are scattered throughout time.

Are you excited for season two of Legends of Tomorrow? What do you think is happening in the image? Let us know in the comments!