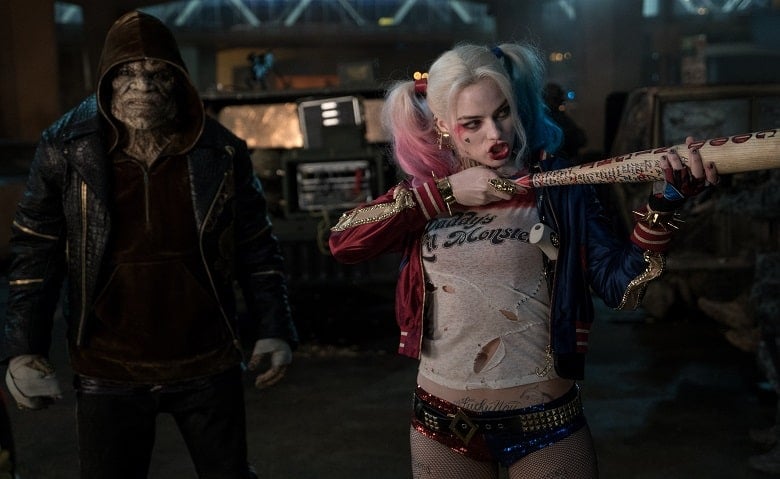 In only a few months Margot Robbie will be making her cinematic debut as Harley Quinn and fans are already falling in love with her portrayal.

During a behind-the-scene interview at CinemaCon, Robbie explained that her character will be fully developed within the story and she is a key part of the squad.

“She’s definitely one of the more unpredictable members of the squad. She also used to be a psychiatrist so she has an extensive knowledge of mental illnesses and how to manipulate people — I’m sorry, well, she has a lot of knowledge on how to profile people, pick their triggers, and as Harley Quinn she kind of utilizes that to just manipulate people and mess with them. And she definitely does that with the squad. She’s always picking someone to be dissecting and playing off and messing with.”

When asked about Quinn’s relationship status with The Joker/Jared Leto, she admitted that it isn’t your normal loving relationship.

“It feels good to be bad… Assemble a team of the world’s most dangerous, incarcerated Super Villains, provide them with the most powerful arsenal at the government’s disposal, and send them off on a mission to defeat an enigmatic, insuperable entity. U.S. intelligence officer Amanda Waller has determined only a secretly convened group of disparate, despicable individuals with next to nothing to lose will do. However, once they realize they weren’t picked to succeed but chosen for their patent culpability when they inevitably fail, will the Suicide Squad resolve to die trying, or decide it’s every man for himself?”

Suicide Squad comes out in theaters on August 5.