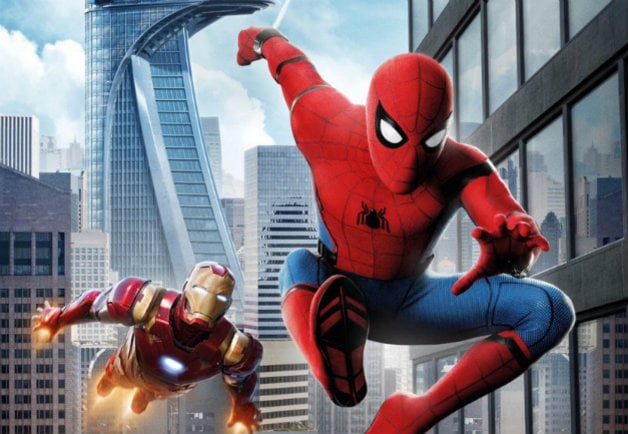 Thanks to Spider-Man: Homecoming, the Marvel Cinematic Universe has now grossed over $12 billion at the global box office.

The web crawlers first standalone feature within the MCU managed to take a total of $257 million worldwide in its opening weekend with the US ($117 million), South Korea ($25.8 million), Mexico ($12 million), the UK (11.8 million), and Brazil ($9.1 million) leading the pack. The film has yet to open in China, the world’s second-largest film market, as well as  France, Germany, Spain, and Japan.

The US alone accounts for $4.7 billion of the over $12 billion the MCU has earned globally. The top grossing films in the now 16 installment franchise include Marvel’s The Avengers ($1.5 billion), Avengers: Age of Ultron ($1.4 billion), Iron Man 3 ($1.2 billion) and Captain America: Civil War ($1.1 billion).

For its second weekend, Spider-Man will go up against War for the Planet of the Apes as Caesar’s journey concludes when the apes find themselves left without a choice to fight after a ruthless Colonel (Woody Harrelson) leads humanity into a war to take back the Earth. The latest tracking report suggests the film could manage to gross up to $65 million in its opening, which would be a little over half as much as Homecoming’s domestic debut.

Following Homecoming, the MCU will continue this fall with Thor: Ragnarok which finds the God of Thunder, Thor (Chris Hemsworth) up against The Incredible Hulk (Mark Ruffalo) in the Contest of Champions run by Grandmaster (Jeff Goldblum) on the planet Sakaar in a race against time to prevent Hela (Cate Blanchette) from destroying his home of Asgard.

Spider-Man: Homecoming is now playing. You can check out our review for the film here.