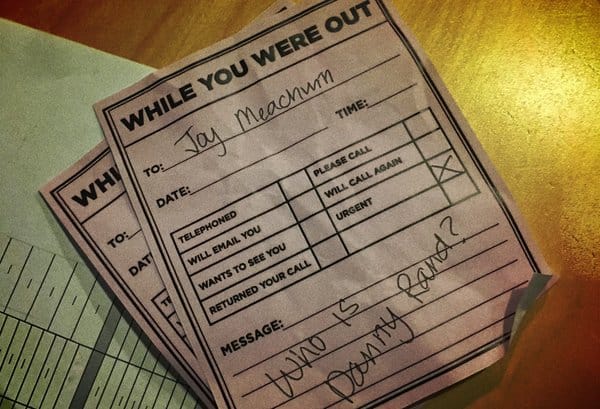 With Daredevil on the cusp if its release tomorrow, Marvel is already teasing its upcoming Netflix project Iron First. Earlier this morning Marvel Entertainment released a brand new teaser on their social media accounts asking a simple question: “Who is Danny Rand?”

At first glance of the image above, fans quickly regarded the photo as a both a nod to Jessica Jones and Iron First, until they looked a little deeper and noticed that Marvel also tagged the image on twitter with actor Finn Jones. Yes, that’s the first official confirmation from Marvel that Finn Jones will star in Iron Fist. Despite the slew of controversy regarding the casting, Marvel seems to be in full force with production and now it seems they are moving forward on all fronts.

The tweet also included a link to an official post on their site Marvel.com that confirms the casting.

In the announcement they revealed the following about the project:

“Danny Rand is a very complicated character. He’s a billionaire New York Buddhist monk martial arts superhero who’s still trying to figure out what exactly that all means,” said Executive Producer and showrunner, Scott Buck. “Finn is able to play all these levels in such an honest, revelatory way that as soon as I saw him I knew he was our Danny.”

“Finn wonderfully blends confidence with vulnerability, making him the perfect choice as he struggles to find his place in the world,” said Executive Producer/Head of Marvel TV, Jeph Loeb. “Now that we’ve found our Danny Rand, we’ve completed our principal cast for the upcoming Defenders on Netflix and we are thrilled to continue to show audiences unexplored corners of the Marvel Universe.”

‘Iron Fist’ marks the final show being set for Netflix’s Phase 1 line up leading into their Avengers Style cross-over ‘The Defenders.’ While many have speculated that Danny Rand will make his debut appearance in the upcoming ‘Luke Cage’ set for release this September, Marvel has yet to announce his inclusion.

“Marvel’s Iron Fist” is produced by Marvel Television in association with ABC Studios for its upcoming release on Netflix. It is expected to begin official production shortly, which currently has no set release date.