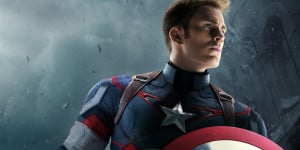 In an interview with David Maisel, who served as president of Marvel Studios from 2003-2009, Maisel revealed early deals to get Marvel properties to the big screen. He noted that Marvel was very close to selling both Captain America and Thor, to Warner Brothers and Sony respectively.

“If I had gotten there three months, six months later, [the Warner Bros. and Sony] deals would have been done. And there would be no chance to bring all these characters together.”

Maisel blocked the deals between Marvel, Warner Bros., and Sony to sell the characters; and Maisel also secured a $525 million loan for Marvel to make their own live-action adaptations of the characters. Under the loan, each film had to be made under $165 million and had to be rated PG-13 and it secured Marvel the rights to ten characters ranging from “Captain America and something vaguely called the Avengers at the high end, dwindling to Shang-Chi and Power Pack.”

As we know, the Marvel films grew to be extremely successful, and Marvel Studios was acquired by Disney in 2012. The Marvel Cinematic Universe is celebrating its 8-year anniversary since the release of Iron Man in 2008.

How would Marvel look now should they have lost the rights to Captain America and Thor over a decade ago? Do you think the MCU would have been possible? Discuss in the comments down below.