Speaking with the magazine, The Defenders showrunner Marco Ramirez discussed how the four of them meet. According to EW, Matt and the rest of the Defenders will find themselves trapped in the the middle of a corridor at the offices of Midland Circle. What happens next? Well, a hallway fight, of course.

“Every one of them is following their own trail of bread crumbs, trying to unpack a mystery in New York,” said Ramirez. “We wanted them all caught off guard. Once they’re in that room together, it’s kind of like, ‘Oh, s—, who are you?’”

You can see the Defenders cover below. 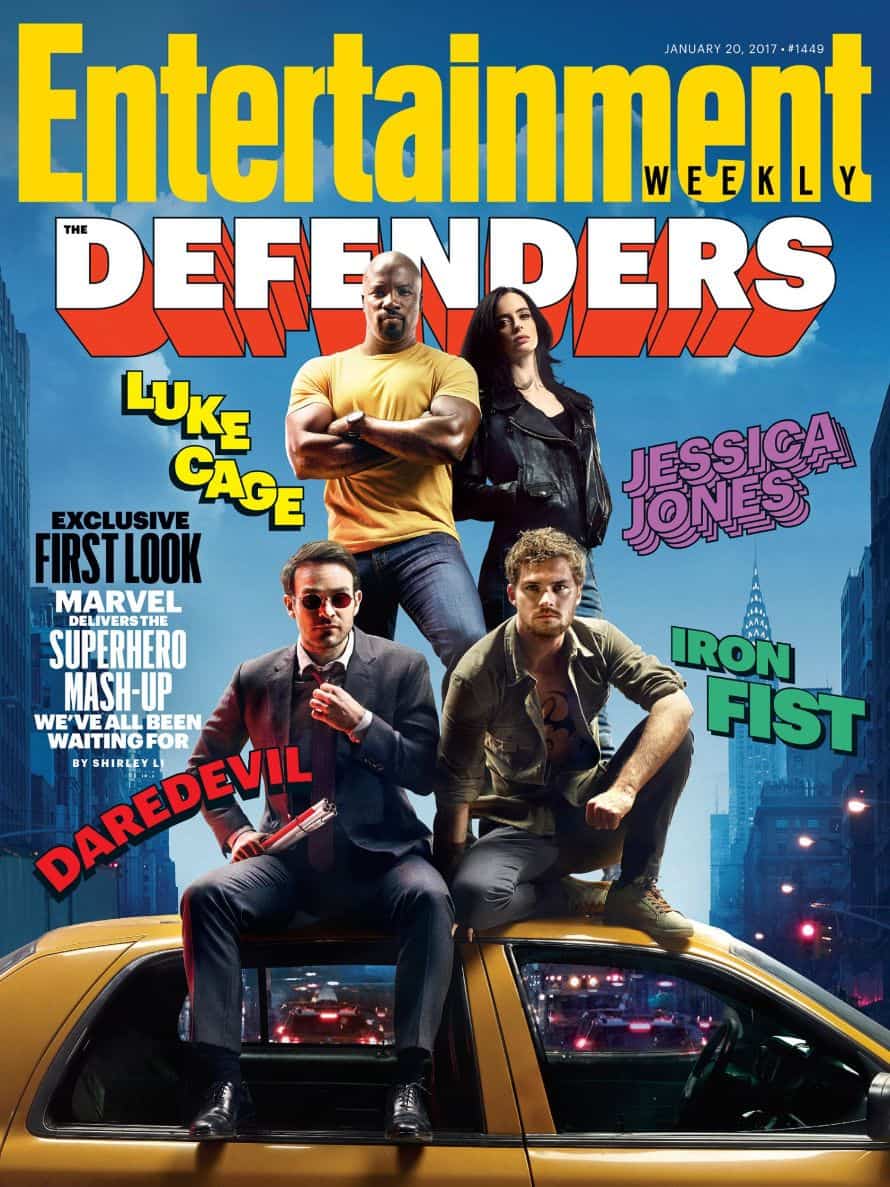 “Marvel’s The Defenders” follows Daredevil, Jessica Jones, Luke Cage and Iron Fist. A quartet of singular heroes with one common goal – to save New York City. This is the story of four solitary figures, burdened with their own personal challenges, who realize they just might be stronger when teamed together.

Marvel’s The Defenders debuts on Netflix in 2017.