Ahead of the show’s New York Comic-Con panel on Saturday, Marvel has unveiled a brand new poster for their next 13-part Netflix series, Iron Fist. The concept art poster was created by Marvel Chief Creative Officer Joe Quesada and is drawn in the same style as the key art posters for Marvel’s Daredevil, Jessica Jones and Luke Cage.

The panel will take place at 6:30 PM and feature several cast members of the upcoming series, who will participate in a Q&A. New footage from the series will also be shown during the hour-long panel, which will be moderated by Executive Producer Jeph Loeb. 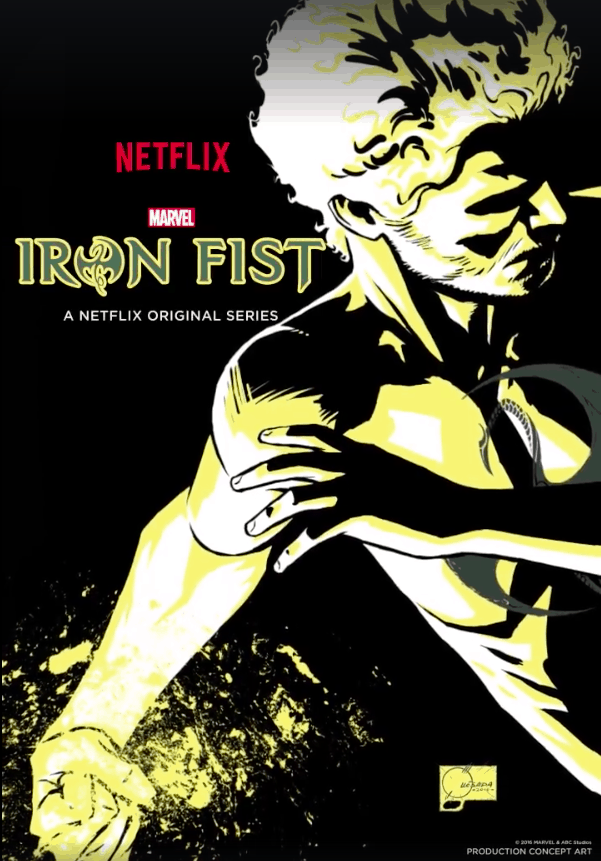 Fifteen years after being presumed dead in a plane crash, Danny Rand mysteriously returns to New York City determined to reclaim his birthright and family company. However, when a long-destined enemy rises in New York, this living weapon is forced to choose between his family’s legacy and his duties as the Iron Fist.