With just a few days to go until San Diego Comic-Con finally kicks off, Marvel Television and Netflix (via TV Insider) have debuted the very first key art poster for their upcoming 13-part series, Luke Cage. The poster was created by Marvel chief creative officer Joe Quesada and will be available at the Marvel booth at Comic-Con starting July 20th.

Mike Colter made his debut as the Power Man in the critically acclaimed Jessica Jones and will next be seen in his own series, which will be released in full on Netflix on September 30th. Speaking with the site, Quesada had the following to say about the star of the series:

“You’ve got one shot to encapsulate a character with a pose that’s provocative and that you hope will someday be iconic. Mike gives Luke a smoldering strength. He’s sexy and calming. And the ladies love it.”

The Luke Cage panel will take place on Thursday, July 21st at 5:45 PM. The first trailer for the series might be released during the panel, but for now you can check out the poster below. Make sure to keep an eye on Heroic Hollywood for updates. 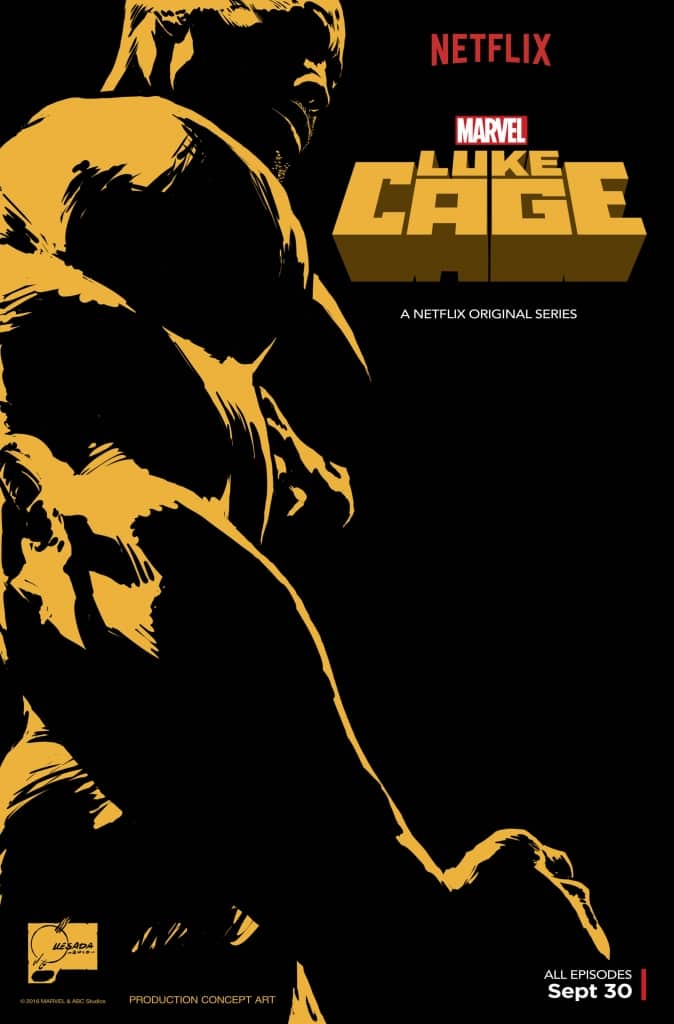