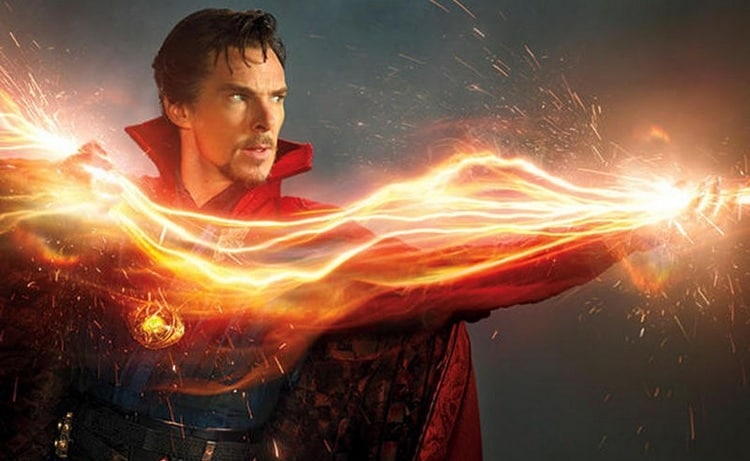 Today, on the official Marvel Studios twitter account, a new teaser for the highly anticipated, mind-bending, Doctor Strange was released. I have been consistently wowed by the marketing for this film, maybe even more so than I have for any other Marvel property, and this teaser is no different. This is an intense, pulse racing 30-second tease, and you can watch it for yourself below.

I love the little creative details that Marvel Studios thrives off of, like the upside down tweet description above. I am floored by the way this tease travels in reverse, showing off an epic confrontation between Benedict Cumberbatch’s Doctor Strange, and Mads Mikkelsen’s Kaecilius. The editing team’s mastery of time in this clip is directly correlated to the type of time-bending we can expect from Stephen Strange. With every new tease, I feel as though more and more of the spectacle that this film’s premise promises is being actually realized. One of the primary complaints of the earliest trailer was that it looked very similar to Christopher Nolan’s Inception, but there’s no mistaking the fact that everything else we’ve seen from this movie is uniquely its own.

Marvel smartly captions the video (right-side up), “You think you know how the world works … Watch and expand your mind”. I only pray that the film itself lives up to the incredible hype that is being built around itself. I have finally come to the point where I may actually be more excited for this film, than I am any other upcoming Marvel project. And as someone who never grew up reading Doctor Strange comics, I look forward to a new and fresh origin story for the character, along with some insane set-pieces to really ground me in this crazy world.