This has been quite the year for everyone’s favorite Marvelous captain with the big Captain America: Civil War that has pulled in $1.1 billion dollars at the box office as it’s the 75th anniversary of Steve Rogers.

Marvel is continuing to celebrate the Captain’s 75th birthday this year as USA Today revealed today that they will be unveiling a 1 3-foot-tall bronze statue of Captain America at this year’s San Diego Comic-Con, which will be taking place between July 21-24. 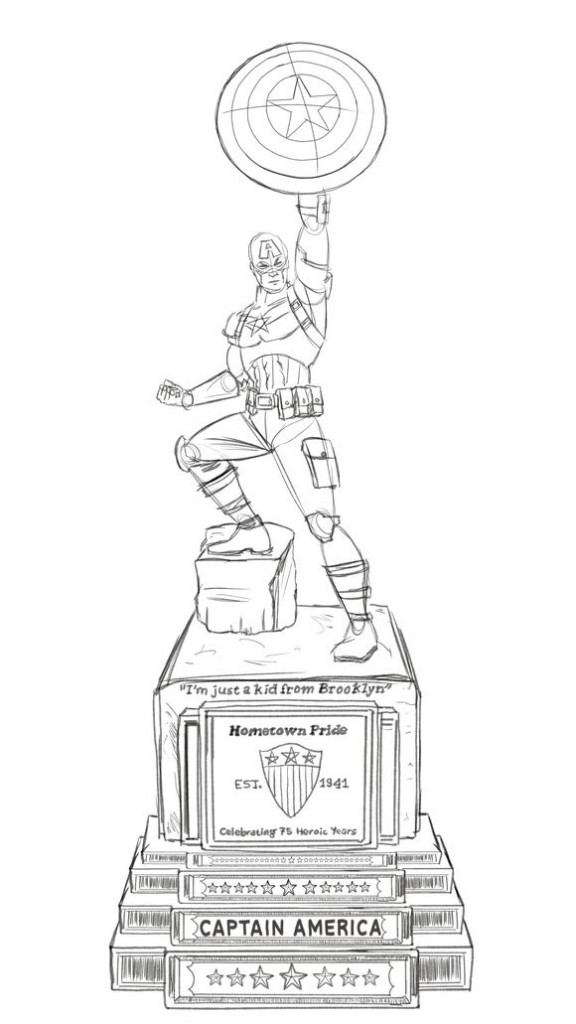 It will then be heading over to Brooklyn’s Prospect Park for a dedication ceremony that will be holding place on August 10. Paul Gitter, who is the senior vice president of licensing at Marvel for Disney Consumer Products and Interactive Media, said this in a following statement to USA Today about the celebration.

“For the past 75 years, Captain America has inspired generations of fans serving as the ultimate global icon for freedom, strength and doing the right thing,”

Captain America: Civil War is set to come out on Blu-Ray and DVD on September 13, while it will be released for digital purchase on September 2.