In Christmas 2018, Mary Poppins will fly back into theaters for the first time since 1964. In the upcoming sequel Mary Poppins Returns, we have the iconic character (now portrayed by Emily Blunt) reuniting with a grown-up Jane and Michael Banks (Emily Mortimer and Ben Whishaw respectively).

The film is currently in production right now in London, and now Entertainment Weekly has unveiled the first look at Emily Blunt in costume as the titular character based on P.L. Travers’ classic book series. 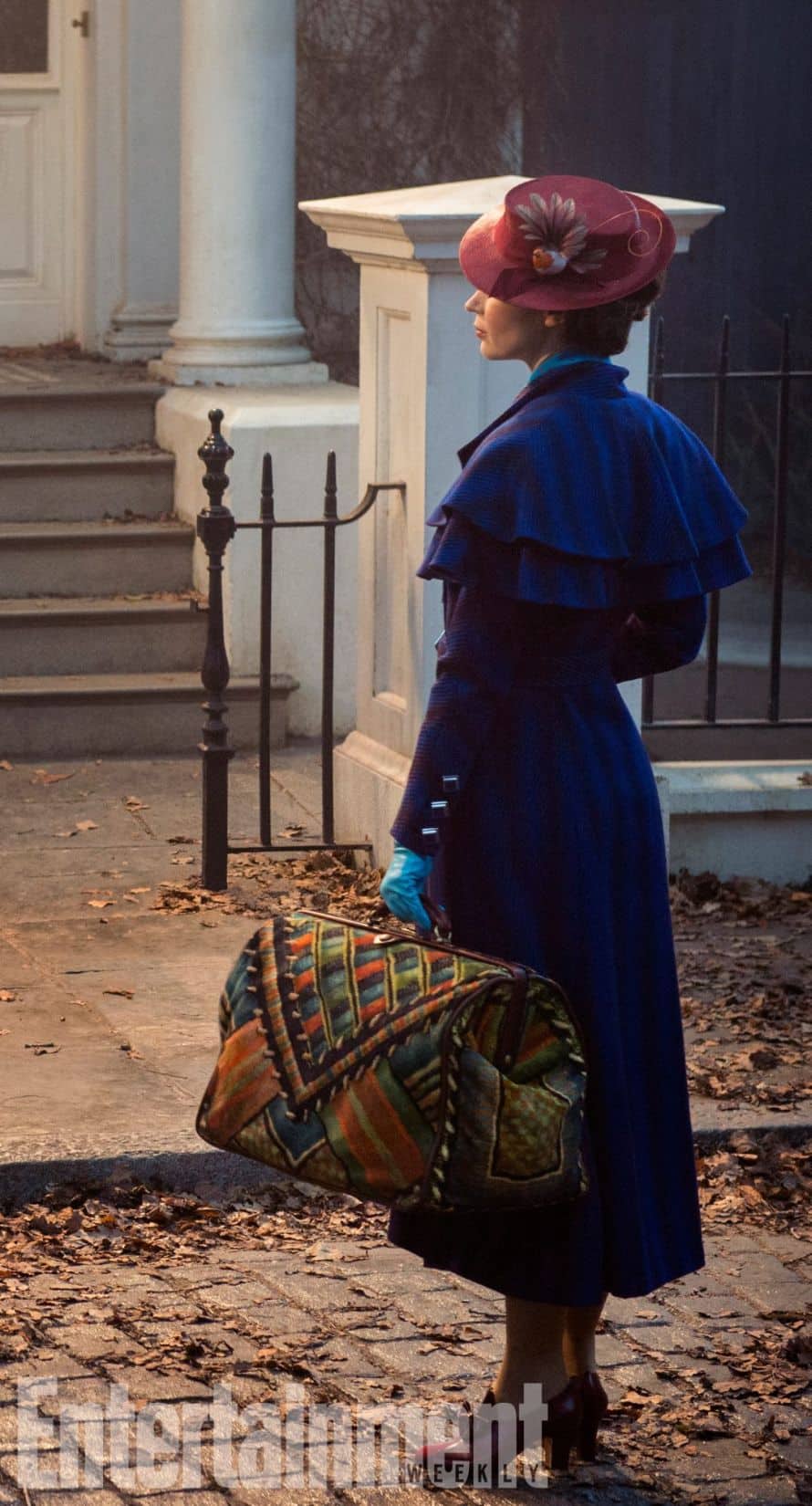 Although you cannot see her face due to it being obscured by the hat, this figure is unmistakably Blunt – and it sure looks like she is practically perfect in every way in this role. Following in the footsteps of the legendary Julie Andrews is nearly impossible, but they couldn’t have picked a more perfect actress to “step in time”.

Hopefully, we soon get a glimpse at the other characters. Particularly, seeing Jane and Michael now as adults would be fascinating, and a glimpse at Jack the lamplighter (Lin-Manuel Miranda) would be exciting.

The story will take place in Depression-era London (when the books were originally written) and follows a now-grown Jane and Michael Banks, who, along with Michael’s three children, are visited by the enigmatic Mary Poppins following a personal loss. Through her unique magical skills, and with the aid of her friend Jack, she helps the family rediscover the joy and wonder missing in their lives.

What do you guys think of this new image? Do you think Rob Marshall and Disney are crafting something special with this sequel? Sound off in the comments below and be sure to follow Heroic Hollywood for your latest news about Mary Poppins Returns.