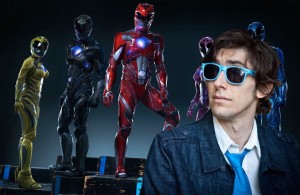 Chronicle and American Ultra writer, Max Landis, is known for his rather explosive behaviour on social media such as Twitter. Son of famed director, John Landis, Max is a figure who nerds either love or downright despise. A couple of months ago the writer was rumoured to be involved in Lionsgate’s upcoming reboot of Power Rangers, which of course dropped it’s first trailer last night. One of the trailer’s major compliments were the references to 1980s films such as The Breakfast Club as well as a visual homage to Landis’ Chronicle.

Earlier today, in a move somewhat reflective of what Josh Trank did last year with his Fantastic Four tweet, Landis revealed his distance from the finished product of Power Rangers.

This was in response to a question one of his followers asked him:

Incredibly interesting stuff. Landis continued discussing the film on his Twitter, stating that none of what he wrote made it into the final product.

So, from the tweets above, I guess one thing is really clear; Landis is not a fan. Now, the writer has been extremely negative when it comes to blockbusters in recent memory. One of his most infamous rants tackled Daisy Ridley’s Rey in Star Wars: The Force Awakens, and how he believed she was a “Mary Sue.”

But that aside, what do you guys think of his statements? As someone who is not particularly fond of his work (besides Chronicle), I think it is another prime example of someone just complaining. Interestingly, the writer refuses to admit why he was fired, maybe his controversial tweets got him in that situation.