Gal Gadot is bringing Wonder Woman to the big screen in the 2016 Zack Snyder film Batman v Superman: Dawn of Justice as well as starting production very soon on the Wonder Woman solo movie. However, before the DC Extended Universe came together, the Amazon Princess almost made it the big screen in George Miller’s Justice League Mortal. Megan Gale was supposed to play Diana Prince in Miller’s Justice League film that ended up not happening for several reasons.

While it was known that costumes have been made and that actors had been tested for them, most of them have not been revealed to the public. However, photographer Marc Rogers recently posted images from what appears to be a costume test for Megan Gale’s Wonder Woman. The costume seemed to have a modern tone to it in addition to paying homage to past versions of the Wonder Woman outfit. You can see Megan Gale as Wonder Woman below. 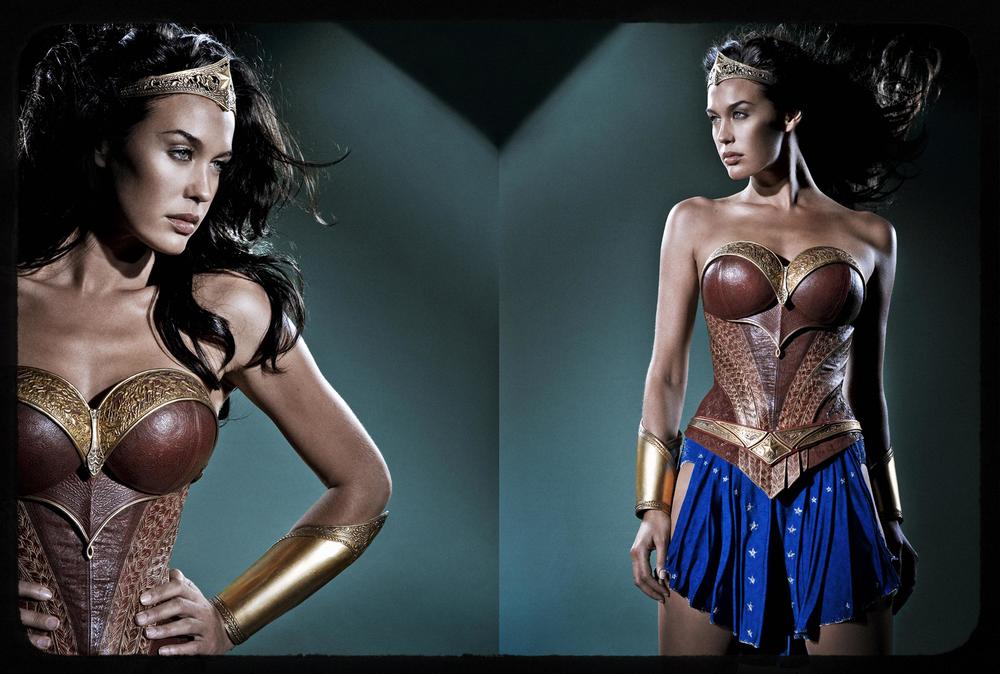 In addition to Megan Gale as Wonder Woman, Justice League: Mortal would have also starred Armie Hammer as Batman, D.J. Cotrona as Superman, Common as Green Lantern, Santiago Cabrera as Aquaman, Adam Brody as The Flash, Hugh Keays-Byrne as Martian Manhunter, Jay Baruchel as Maxwell Lord and Teresa Palmer as Talia Al Ghul. Star Trek actor Anton Yelchin was also on board as the Wally West version of The Flash.