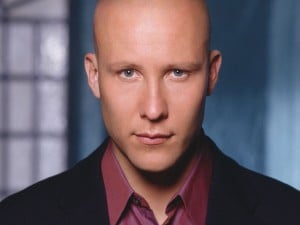 Five years after the iconic legendary show Smallville has wrapped up and called it quits–Michael Rosenbaum’s incarnation of Alexander “Lex” Luthor on The WB/The CW television series from 2001 to 2008 still resonates with fans today.  Recently, while being interviewed by Empire Online about his new show Impastor on TV Land, the highly talented actor finally discussed what happened with Smallville and what caused him to leave the show for the final three seasons after his contract was up in 2008.

Speaking briefly on his discussions with WB President Peter Roth about his decision to leave the show, Rosenbaum said this:

When asked why he finally returned for the series finale he responded:

“Here’s the thing: I didn’t watch the last three seasons, because I wasn’t in it. Call me egotistical, call me whatever, but that’s the reason I didn’t watch the show. I was working and getting my shit together. But I finally called them up and said, ‘Hey, look, it’s the last episode ever. I’ll do it, you’ve got me for one day next week.’ When I got there I was, like, ‘What’s happened since I left?’ I had no idea what was going on. There were moments where I just didn’t know what the fuck I was doing. I liked my scenes with Tom Welling, but I felt like the show was, for me, done when I left in season seven. Then I sort of did it for the fans and did it for me for closure and to say, “Hey, I did come back.” I did do it, and that’s ultimately why.”

So there you have it. Fans can finally have some closure. All ten seasons of Smallville are now available on Hulu.