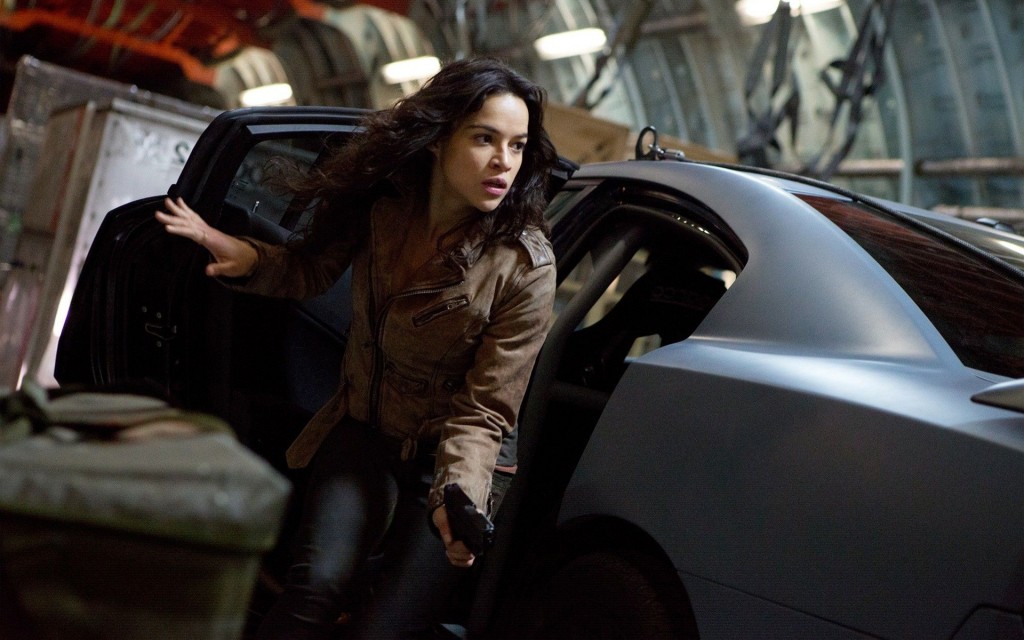 Although principal photography on Alita: Battle Angel wrapped last week, Entertainment Weekly has revealed that The Fast and The Furious star Michelle Rodriguez secretly joined the cast of the long-awaited manga adaptation from Robert Rodriguez and James Cameron.

The film set in the 26th century tells the story of Alita, an amnesiac cyborg girl rescued from a junkyard by a scientist who rebuilds her. Once restored to functionality, together they explore her mysterious past as she battles her way through a post-apocalyptic wasteland using her mysteriously advanced combat skills to hunt down criminals as she tries to recover her memories.

Rodriguez was cast in the role Gelda, a cyborg warrior who wore distinctive eye black under her eyes and wore a dark colored combat suit that was equipped with elbow blades in battle. This will be Rodriguez’s third collaboration with the director following both Machete and Machete Kills. She will be seen next in the 8th installment of The Fast and the Furious franchise, The Fate of the Furious which releases this spring on April 14.