The Marvel Netflix fan favorite NYPD detective took a step closer to her comic book origins when she lost her arm in the final episode of The Defenders as she saved Colleen Wing (Jessica Henwick) from being executed by her former master, one of the five fingers of The Hand, Bakuto (Ramón Rodríguez). You can check out the first look at Misty Knight’s bionic arm in Luke Cage season two below. 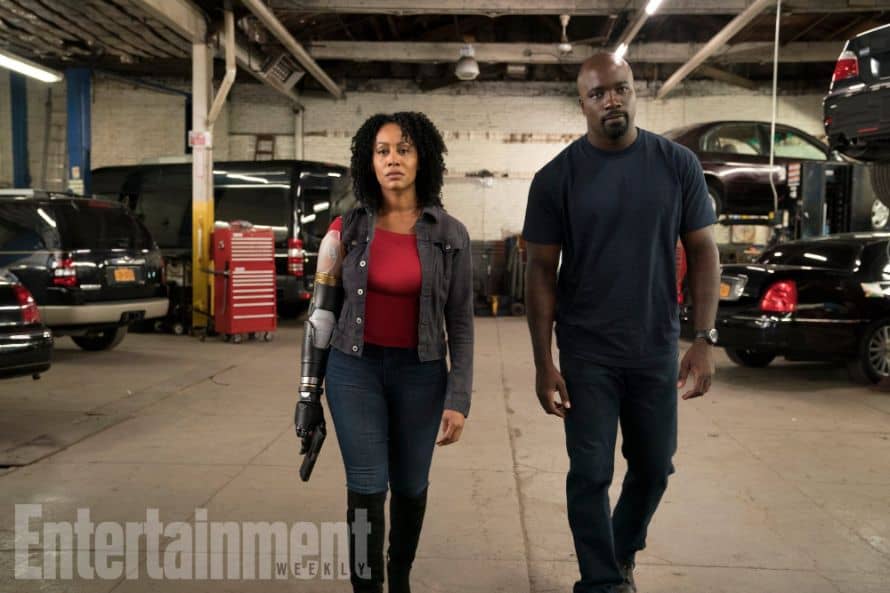 Plot details for the second season of Luke Cage remain under wraps however, the series will feature the return of Mike Colter along with co-stars Missick and Rosario Dawson. Mustafa Shakir and Gabrielle Dennis have also been added into the mix. Cheo Hodari Coker returns as executive produce.

Production on Luke Cage Season 2 is currently underway on location in New York City. The series is set to return sometime during 2018. All 13 episodes of the first season are available to stream on Netflix now.

Stay tuned to Heroic Hollywood for the latest news on the second season of Luke Cage as we learn it.