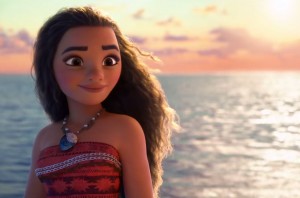 Walt Disney Animation Studios has released a new TV spot for Moana that has the titular character (voiced by Auli‘i Cravalho) calling on Dwayne Johnson’s Demigod Maui to join her in a quest to save the world.

Set to music written and performed by artists including Lin-Manuel Miranda, the TV spot features more of the seemingly reluctant partnership between Moana and Maui as well as what may be the best look at the brilliantly designed Pele, Goddess of Fire and Volcanoes.

You can watch the new TV spot below: