Skip to content
by Christian Michael Stoic on September 7, 2016 Disney has been having a stellar year with releases and with that in mind their new animated film, Moana looks to fit in perfectly with the rest of this year’s successes. On July 27th I was given the opportunity to attend a special press day for the film on the Walt Disney Studio Lot, which was completely fascinating and informative giving many details about the film, the story, and the creative processes that were used to bring this film into existence. It gave me a whole new insight into this film and it shed light on everything that made the project fascinating to begin with.

The day started off with being led into a small theater to be shown some footage that dealt with Moana, but what I didn’t expect was that the first thing that we got to see was the entirety of the short film that will be featured before Moana. 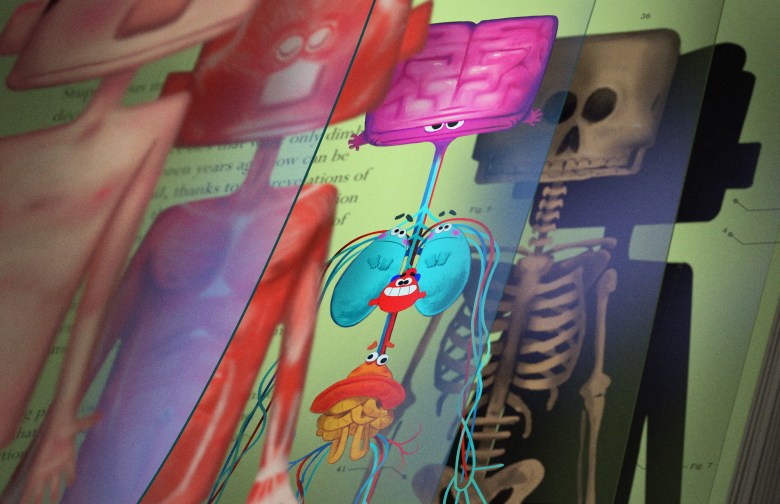 This short was known as Inner Workings and it tells the story of the struggle between a man’s brain and his heart by giving his internal organs personality. It’s a very funny and very sweet short film that will definitely be a nice lead in to Moana when that is released in theaters. After the short was shown the director talked about the process of making this film and how the ideas changed as the creative process evolved.

After this segment they moved on to Moana in the screening room and presented some exclusive clips after bringing in the directors, Ron Musker and John Clements. Their work at Disney has been impressive ranging from Aladdin to The Little Mermaid so it was great hearing from them on this project, which they have been working on for several years. The clips that they showed were mixed in with finished and unfinished sequences meaning the animation wasn’t fully completed at some points. The longest clip that they showed was one featuring Moana discovering about where her ancestors come from as they do a flashback when they were on the sea exploring. It featured one of the songs from the music team of Lin-Manuel Miranda, Opetaia Foa’I, Te Vaka, and Mark Mancina. The song is entitled “We know the way” and it has been featured in some of their trailers, but hearing the entirety of it was a real treat giving me just as much anticipation for the soundtrack as I am for the film. The clips did not stop there as we also got to see some scenes with Dwayne Johnson’s character Maui and with Moana herself, who is played by a young Hawaiian actress by the name of Auli’I Cravalho who was discovered through auditions. There was even a short clip on her that was shown as well.

The next part of this day was going over to the animation studio and getting information from many of the people working on the film. We were led to different rooms with different presentations ranging from a look at the characters individually to the animation as well as the research that was done to accurately reflect the cultures that the film is portraying. One of the most fascinating aspects was the fact that many of the crew, the animators, and of course the directors took trips to multiple Polynesian islands including Fiji, Samoa, Tahiti, and New Zealand. They learned a great deal about the South Pacific Islands and the culture that they wanted to bring to the screen. They wanted to not be a surface representation of the culture, but a deeper and more meaningful representation while also being able to tell a classic Disney story.

Each individual presentation that we were shown just added more and emphasized the importance of the culture that they are reflecting including the use of water as a character itself. One of the most interesting presentations was showing how they made the water work not only to be like water, but also to move like a character. A fascinating process that took some thought and thinking and this is indicative of the day and what was shown. They ended the day with showing some Polynesian dances and having music and food based upon the culture.

The film was made with thought and care, as you would expect from Disney and especially Disney animation. I am sure from what I have seen that Moana will be a unique entry into Disney’s long history of superb animated films and it will be a must see for any Disney fans or for anyone who enjoys Polynesian culture.