Sony’s Universe of Marvel Characters is set to continue this summer with a new film centered on Spider-Man villain Morbius the Living Vampire. Portraying the title character is actor Jared Leto, who may best known for his role as the Joker in Suicide Squad and his Academy Award-winning performance in Dallas Buyers Club.

The first official Morbius trailer only revealed brief glimpses at Jared Leto as the Spider-Man foe and the recently unveiled Comic Con Magazine poster continues to tease the Living Vampire. As fans can see, the new poster spotlight’s Jard Leto’s Michael Morbius Morbius but also previews the creature he will become after his attempts to cure himself of a rare blood disease causes him to develop a form of vampirism instead.

You can check out the new poster below. 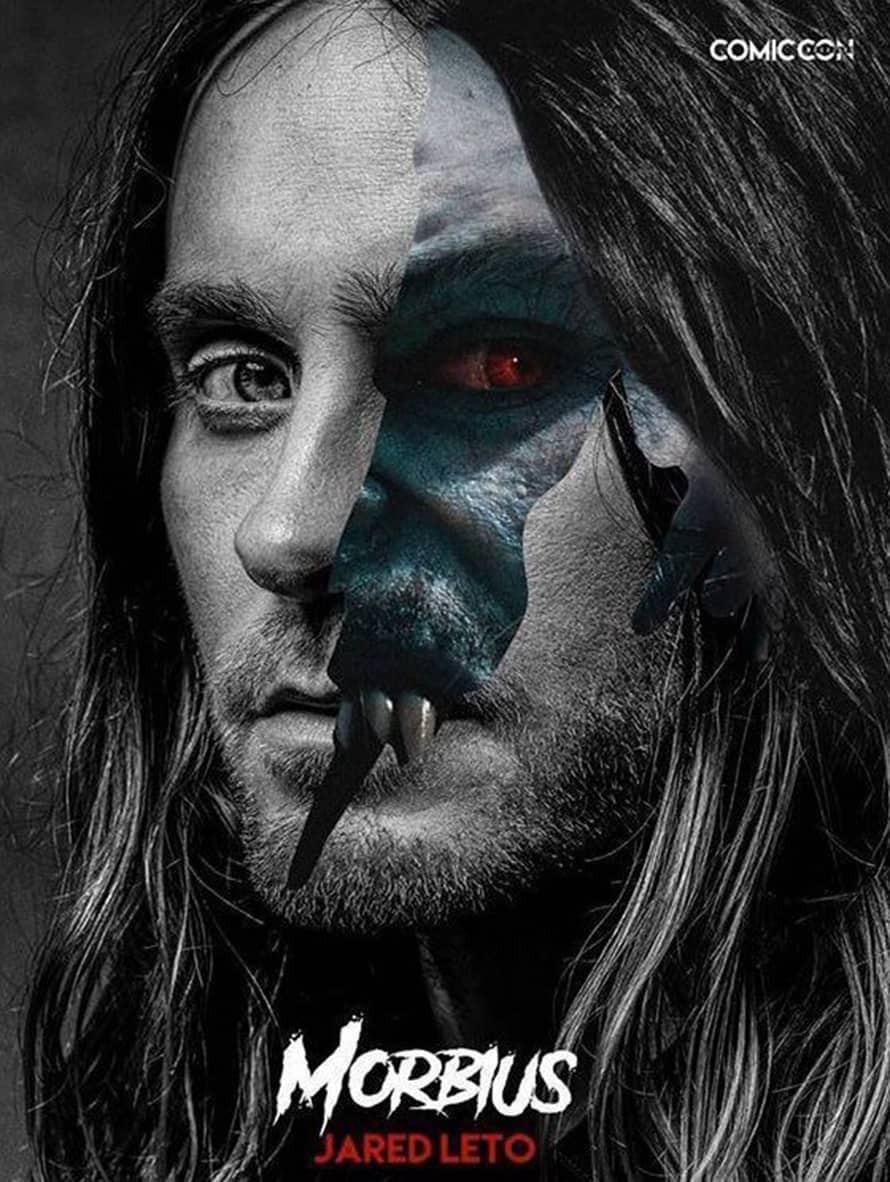 What do you think of the poster? Are you excited to see the latest Spider-Man spin-off? Let us know in the comments section below.

Here is the official synopsis for Morbius:

One of Marvel’s most compelling and conflicted characters comes to the big screen as Oscar winner Jared Leto transforms into the enigmatic antihero, Michael Morbius. Dangerously ill with a rare blood disorder, and determined to save others suffering his same fate, Dr. Morbius attempts a desperate gamble. What at first appears to be a radical success soon reveals itself to be a remedy potentially worse than the disease.

Morbius is currently scheduled to be released in theaters on July 31, 2020.