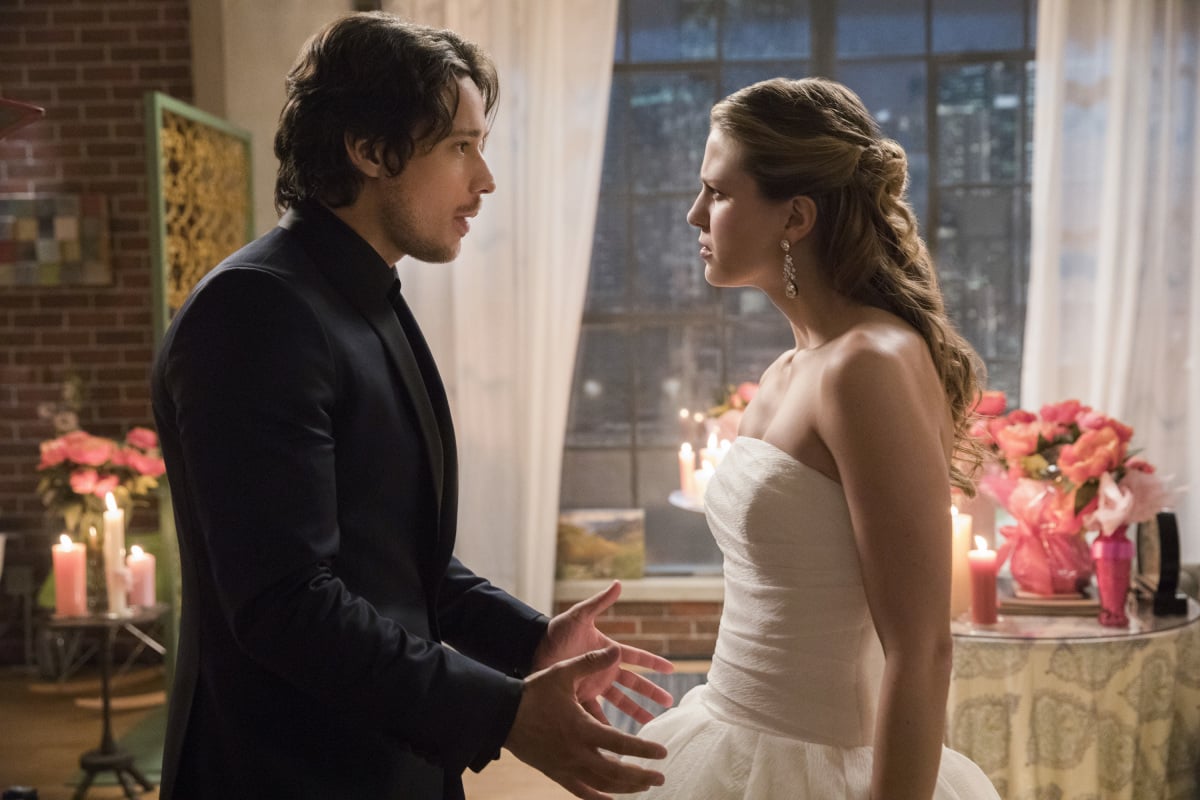 Mr. Mxyzptlk will be wreaking havoc on Monday’s episode of Supergirl.

In two new clips released for season two’s thirteenth episode, “Mr. and Mrs. Mxyzptlk,” the magical imp is using his powers to do as he pleases.

In the first clip, which is only thirty seconds long, Kara has a robbery situation under control until Mr. Mxyzptlk shows up and turns the guns on the criminals. You can watch the clip below.

The second clip marks the appearance of the imp and is an extension of last week’s final scene. Mr. Mxyzptlk makes flowers and an orchestra appear to “set the mood” and calls Mon-El “tall, dark, and blandsome” when he tries to come between him and Kara. You can watch the second clip below.

DC COMICS’ MR. MXYZPTLK HITS NATIONAL CITY – When Mr. Mxyzptlk (guest star Peter Gadiot), a magical imp, shows up on Earth and declares his love for Kara (Melissa Benoist), she tries to let him down easy, thinking him harmless. However, he decides it’s a challenge and starts to wreak havoc on National City. Mon-El (Chris Wood) has seen beings like Mr. Mxyzptlk on Daxam and knows how dangerous they can be. He and Kara argue over how to get rid of Mr. Mxyzptlk, further straining their relationship. Meanwhile, Alex (Chyler Leigh) and Maggie (Floriana Lima) celebrate their first Valentine’s Day together. Stefan Pleszczynski directed the episode written by Jessica Queller & Sterling Gates (#213). Original airdate 2/20/17.

Supergirl airs on Mondays at 8/7c on The CW.

Source: The CW and TV Promos