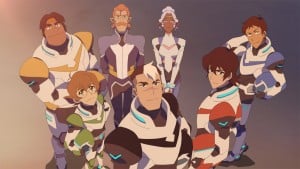 The first season of Voltron: Legendary Defender, a reboot of the 1980s animated series Voltron: Defender of the Universe, concluded with the lions being separated after falling into a wormhole. Fortunately for fans of the series, the resolution to the harrowing cliffhanger will soon be resolved when the series returns this month and now Netflix has released an official trailer for the second season.

The trailer gives fans a glimpse of the new villains our heroes will face and some of the new worlds to be explored in the upcoming season. New allies and epic space battles are also showcased in the action-heavy trailer.

You can watch the trailer below!

A legendary defender tends to attract the attention of legendary enemies. The lions of lore return to protect the universe as it hangs in the balance between good and evil.