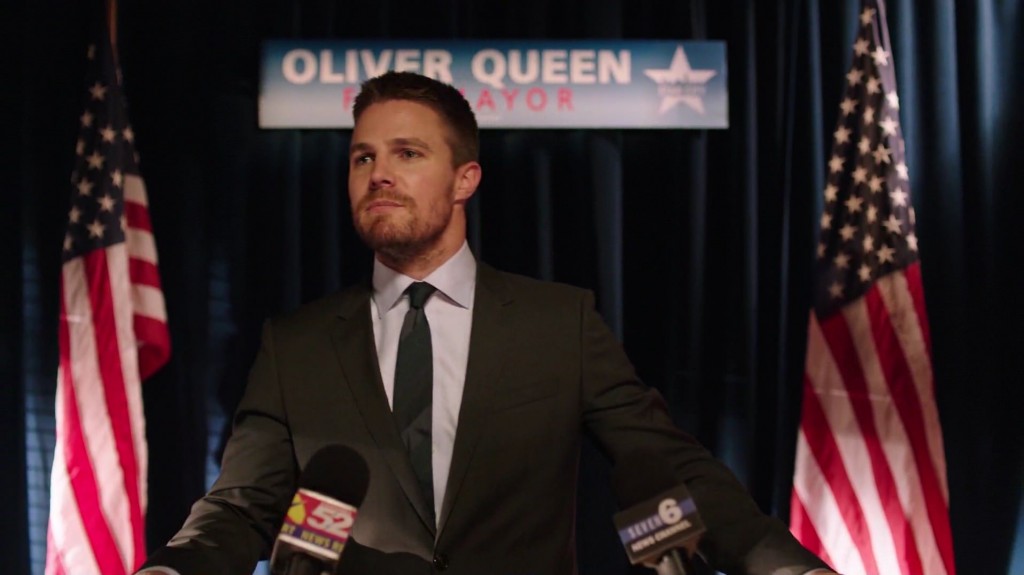 Tonight the season five premiere of Arrow will be taking place on The CW and fans will get a look into what happens when Oliver Queen is forced to defend his city without his “Arrow Dream Team.” Anticipation is running high ahead of the premiere and a brand new clip has hit the web.

What do you think of the new clip? Comment below and let’s talk all things Arrow!