The new poster shows Michael Fassbender (Callum Lynch) overlooking a city and he appears to be planning for a lead of faith. 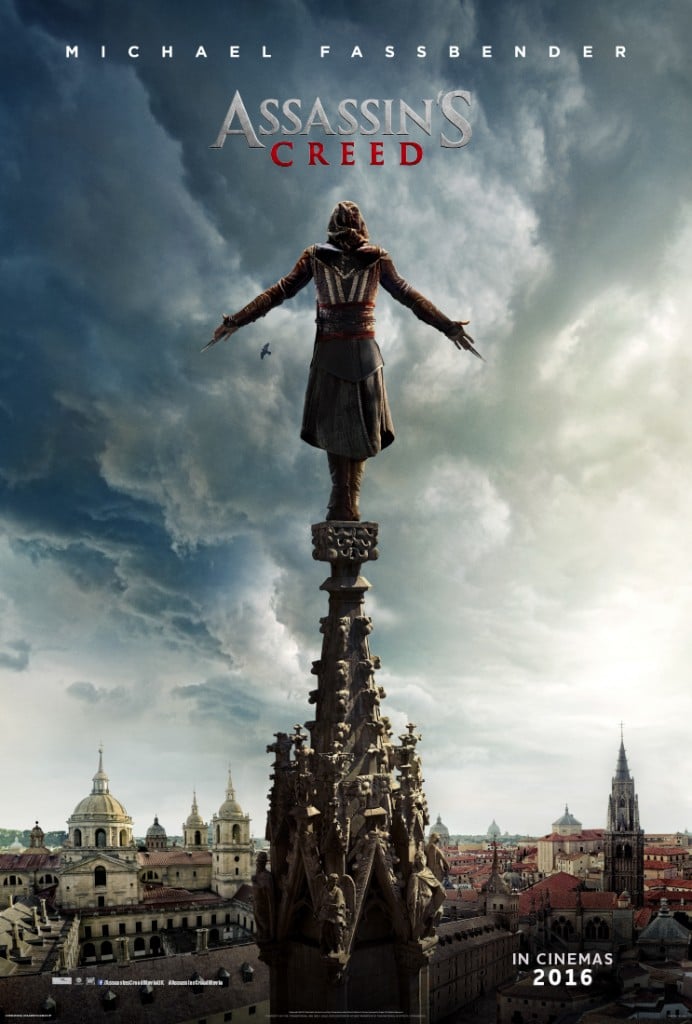 For fans of the video game, this world and visuals might feel familiar but for those of who haven’t played the game, this feels like a new and interesting world with impressive visual effects and fight choreography. Below we highlight the top five moments from the trailer, both good and bad (yes, we talk about that Kanye West song).

Are you looking forward to Assassin’s Creed? Let us know in the comments section below, and make sure to stay tuned to Heroic Hollywood for more news regarding the upcoming video game adaptation.