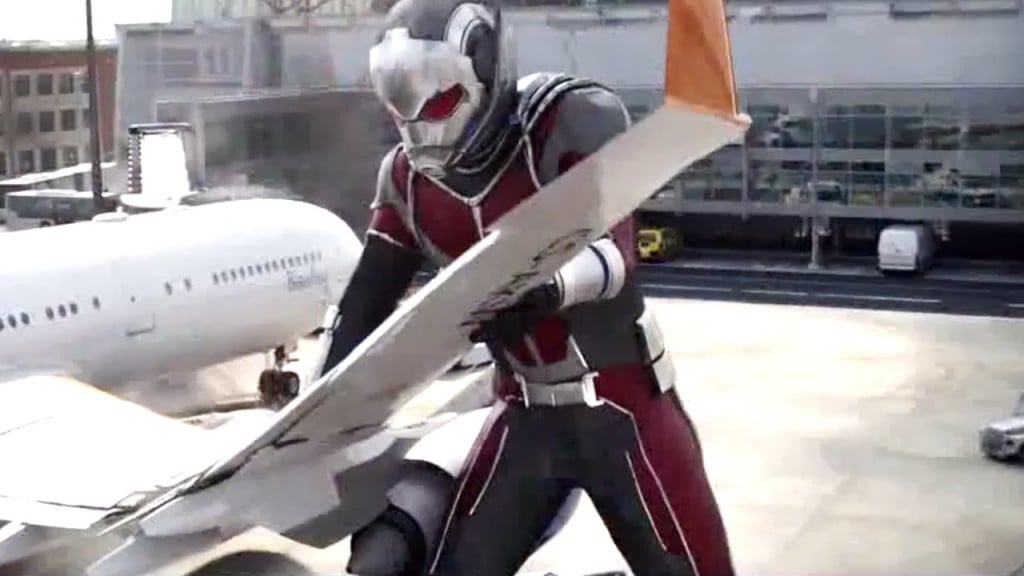 With Captain America: Civil War now out on DVD/Blu-Ray, fans all over are getting a sneak peak on what special feature goodness the hard-copy version comes with. Marvel have now released a new featurette that focuses on one the movie’s (sort of) surprises – Giant Man.

Going into the movie, fans hoped, but weren’t positive, that they would see Paul Rudd’s Ant-Man grow in size rather than just shrink, and the Russo brothers delivered, adding even more greatness to what is perhaps one of the best superhero movie set-pieces of all time. Not to spoil the entire featurette for you, but Ant-Man actor Rudd explained why exactly they decided this particular action scene was the right place to introduce his character’s new power, rather than say Ant-Man and the Wasp.

“In a scene where there’s so much going on, you need something new, something bigger and crazier to kind of put the final stamp on it and go into the rest of the movie, and that seemed like a good way to go.”

Were you surprised by Ant-Man’s new ability in Civil War? Were you impressed with how it was translated to the big screen? Would you have rather they introduced the ability in Ant-Man and the Wasp? Sound off in the comments below.