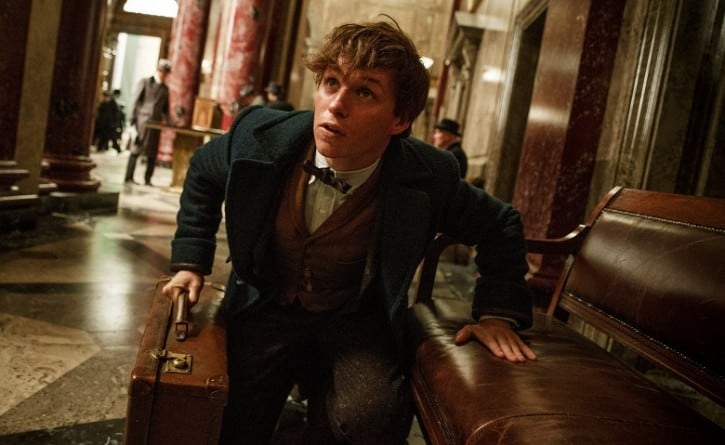 This morning, the official Fantastic Beasts and Where to Find Them Twitter account released it’s third, in a set of four exclusive clips associated with their week of “emoji spell” surprises. This new clip finds Newt Scamander and Jacob Kowalski inside of Newt’s briefcase, as Jacob learns more about the wizarding world and the creatures that Newt takes care of. You can check out the magical clip below.

Here’s an exclusive clip from the third Emoji Magic spell. The FINAL spell will be posted tomorrow to unlock another #FantasticBeasts scene! pic.twitter.com/O1FKDPAtOJ

Truth be told, I loved everything about this new scene, and was grinning ear to ear the entire time I was watching it. The greatest moments in the Harry Potter films were the injections of *ahem* magic, that happened to shine effortlessly from scene to scene. Of all the trailers and promotional material released for this film so far, this short clip might actually be the first real sign of this new generation of films capturing that inescapable charm that the first eight films highlighted so well. As a lifetime fan of both the books and the films, it’s exciting to think we’re only a couple weeks away from returning to J.K. Rowling’s incredible universe.

As you can see from the tweet description below the video, it seems as though we’re in for another final clip tomorrow, probably at the same time. I’m constantly bewildered and enthralled by the numerous types of creatures, or beasts that this film appears to be introducing. I also love the idea that even the smallest creatures under Mr. Scamander’s control can not only be important, but assumingly mischievous. I have a feeling it’s going to be the large creatures that cause the most trouble for the city of New York and for the wizarding community set up there.

You can catch Fantastic Beasts and Where to Find Them, starring Eddie Redmayne, Katherine Waterston, Colin Farrell, Ezra Miller, and Dan Fogler, when it hits theatres on November 18, 2016.