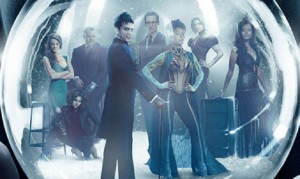 With less than 3 weeks before the season 3 premiere, Fox released a new promo for Gotham for the upcoming “Mad City” season. When the last season ended, the inmates at Indian Hill have escaped and even though James Gordon was no longer a cop, he promises to continue his duty and will bring them to justice. The promo is a cover for s “Nothing Else Matters” by Metallica and gives a few snippets for what’s to expect next season.

In looks like Fish Mooney will be returning and wanting to create an army of super-powered villains. Of course, Oswald Cobblepot is up to no good as well. Gordons’s former girlfriend-turned-insane serial killer Barbara Kean is also in the mix, as is Hugo Strange even though he seems to be in prison. One newcomer shown in the promo appears to be a younger version of Killer Croc. 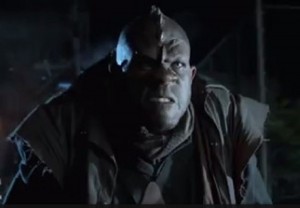 Killer Croc, most recently featured in David Ayer’s Suicide Squad was played in the film by Adewale Akinnuoye-Agbaje has been famous in the Batman mythos from the comic book. This version of him in Gotham seems to be a “proto” version of him. He appears to have “most” of his human-like features, but Gordon still doesn’t seem to stand a chance against him toe to toe.