If you are a DC Comics fan and follower of the DC Extended Universe, then you should know that today officially marks one month away from the release of the highly anticipated Suicide Squad movie, directed by David Ayers (Fury) as he assembles some of the DC Universe’s dangerous villains on the big screen. To celebrate the countdown towards the film’s release, the Warner Bros. India account tweeted out a new poster featuring Margot Robbie as Harley Quinn, one of the squad’s most iconic members, on their official Twitter account. 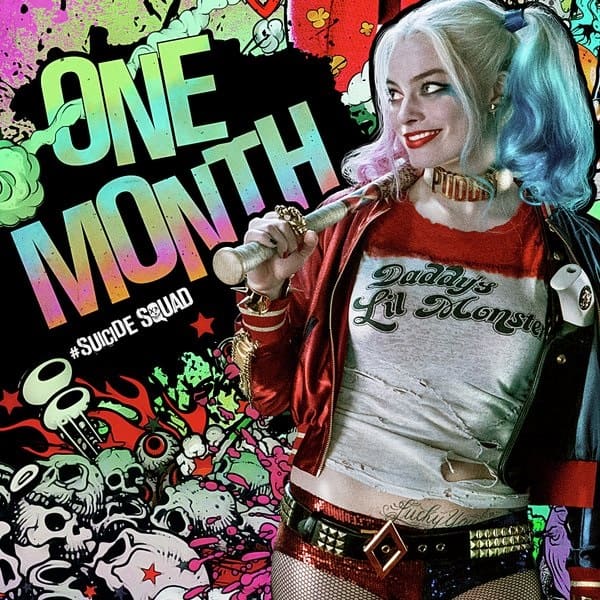 The film is set to have a presence at this year’s San Diego Comic-Con which is only a few weeks away between Thursday July 21-24 as the cast will be attending a fan signing at the DC Entertainment booth as well as with a recreation of the Belle Reve Penitentiary at the Gaslamp District’s Hard. In addition to that, there is supposedly going to be a Suicide Squad panel as well at Hall H on Saturday, July 23, but no more details on that has been revealed just yet.