Fantastic Beasts and Where to Find them introduced us to a Harry Potter prequel world and the second installment looks to expand on that. Taking us from New York to London and introducing us to a younger version of Albus Dumbledore (Jude Law), as well as expanding on the villainous Gellert Grindelwald (Johnny Depp), Fantastic Beasts: The Crimes of Grindelwald looks to be a fun addition to the wizarding world.

USA Today released a bevy of previews of all the must-see films due to hit theaters in 2018 and Fantastic Beasts: The Crimes Of Grindelwald was one of them. You can check out two new images that feature Dumbledore and the titular villain Grindelwald below. 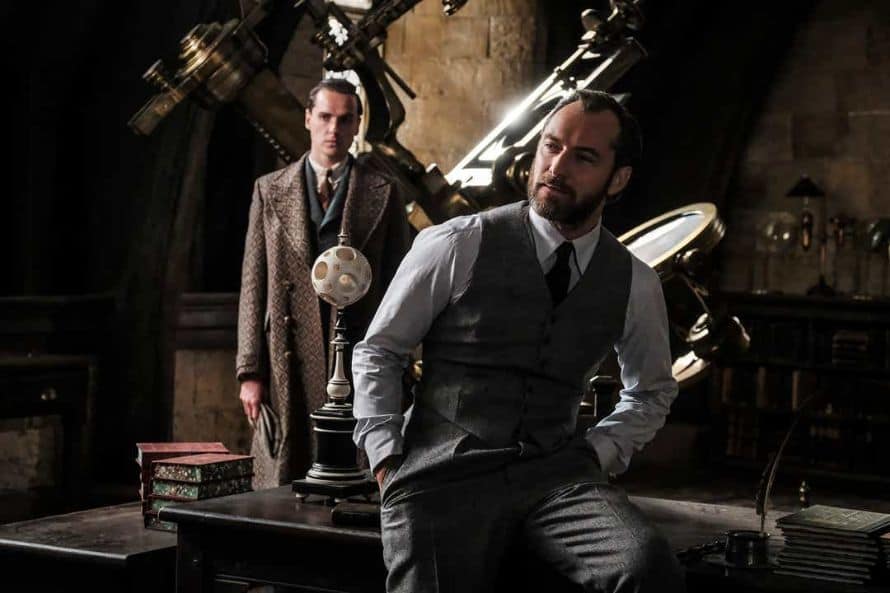 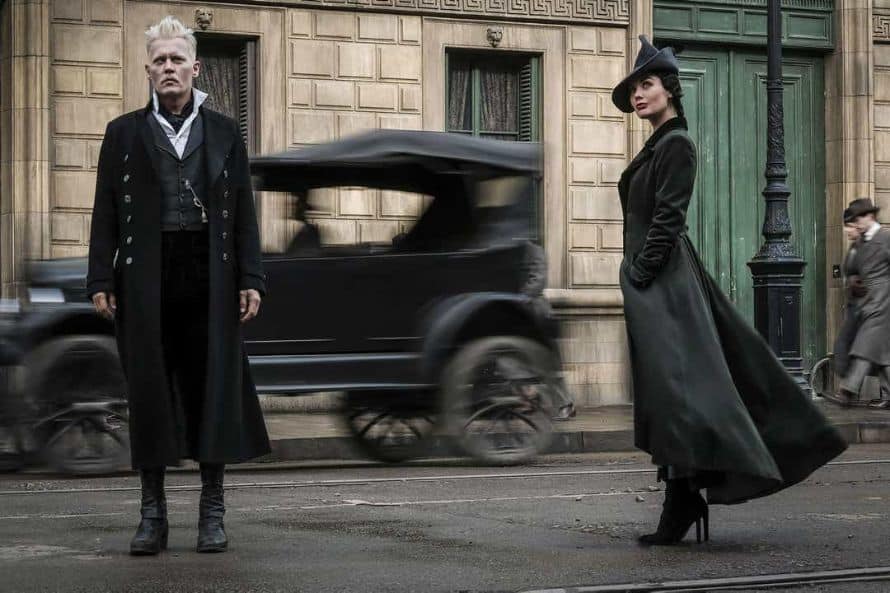 Director David Yates also revealed a few tidbits about the Fantastic Beasts sequel and it seems like we’re going to see a much different Dumbledore than the one we saw in the Harry Potter series. Of course, that’s a given, considering Dumbledore is about 60 years younger and will be played by Jude Law.

“Decades before the wizard will help Harry, Dumbledore is a teacher at Hogwarts who ‘refuses to conform to the status quo’ and is ‘passionate, mischievous and an inspiration’ to his young students. Dumbledore sees Newt as a kindred spirit, an outsider, who is misunderstood. They recognize each other’s strengths and vulnerabilities.”

Yates when on to dish on Grindelwald, describing the dark wizard dangerous ideology as involving “suppressing all non-magical beings, whom he views as inferior to wizards.” Yates added that Grindelwald is “a charismatic figure who uses his undeniable appeal to inspire others to blindly follow his cause.”

What do you guys think about all of this? Are you excited for Fantastic Beasts: The Crimes Of Grindelwald?

At the end of the first film, the powerful Dark wizard Gellert Grindelwald (Depp) was captured by MACUSA (Magical Congress of the United States of America), with the help of Newt Scamander (Redmayne). But, making good on his threat, Grindelwald escaped custody and has set about gathering followers, most unsuspecting of his true agenda: to raise pure-blood wizards up to rule over all non-magical beings. In an effort to thwart Grindelwald’s plans, Albus Dumbledore (Law) enlists his former student Newt Scamander, who agrees to help, unaware of the dangers that lie ahead. Lines are drawn as love and loyalty are tested, even among the truest friends and family, in an increasingly divided wizarding world.