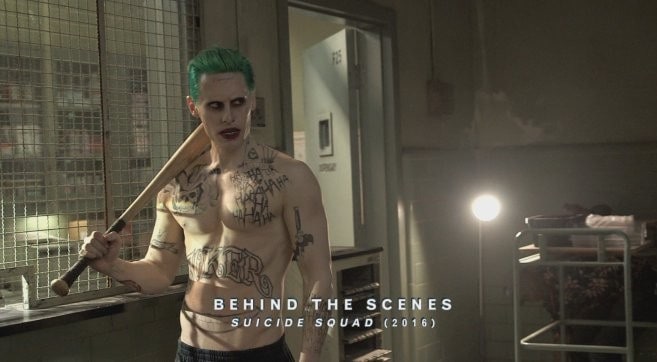 New images from DC’s next movie, Suicide Squad have appeared online that feature Jared Leto as The Joker. Leto’s appearance as The Joker as been one of the most eagerly anticipated aspects of the Suicide Squad movie.

The source of these images is unconfirmed but they appear to be from a Behind the Scenes feature on the Batman v Superman: Dawn of Justice Ultimate Edition. 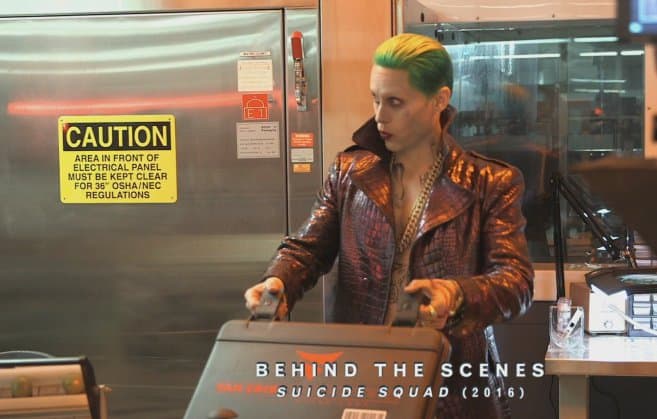 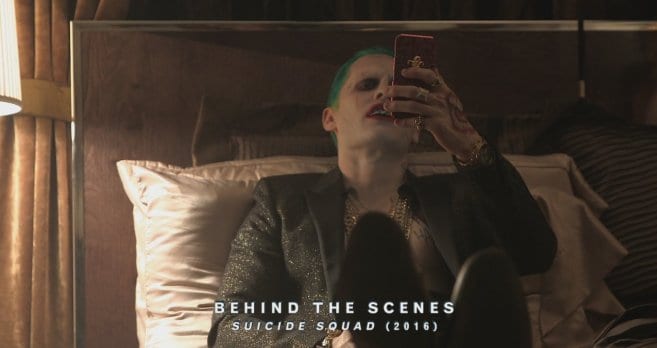 Suicide Squad opens in the theatres from August 4 2016.