We are a little over a week until the release of Independence Day: Resurgence – a film audiences waited nearly 20 years for. 20th Century Fox has unveiled a brand new poster that showcases how us humans are once again ready for battle against these aliens two decades later. The design of this brand new poster reminds me a bit of one of the original posters from Quentin Tarantino’s Inglourious Basterds.

Also, a brand new clip titled, Brackish Okun Laser was released. I would say that the title speaks for itself. You can check out the brand new poster and clip below.

We always knew they were coming back. After INDEPENDENCE DAY redefined the event movie genre, the next epic chapter delivers global spectacle on an unimaginable scale. Using recovered alien technology, the nations of Earth have collaborated on an immense defense program to protect the planet. But nothing can prepare us for the aliens’ advanced and unprecedented force. Only the ingenuity of a few brave men and women can bring our world back from the brink of extinction. 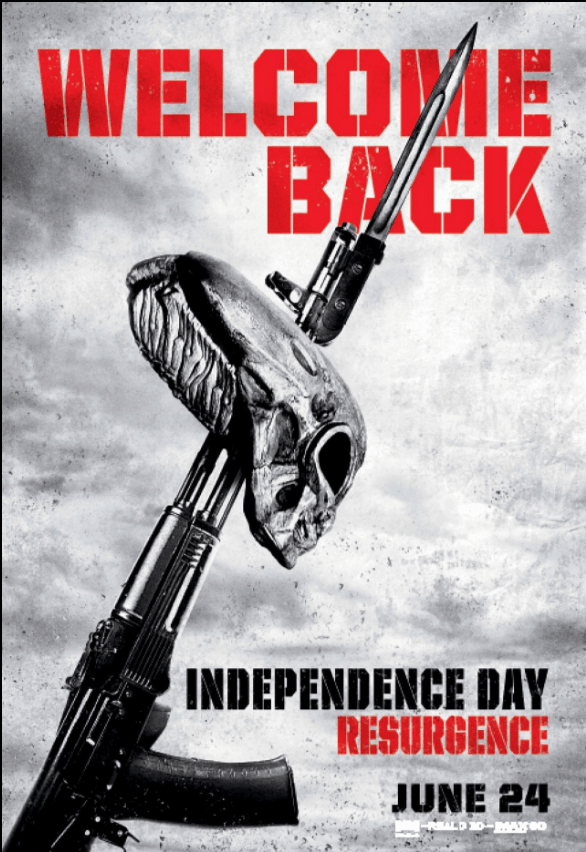