When we last saw him in Kingsman: The Secret Service, Colin Firth’s ‘Harry Hart’ wasn’t exactly in great shape and assumed to be dead. There’s been talks about Firth returning for the upcoming sequel Kingsman: The Golden Circle but we’ve yet to get any solid confirmation. While many believed that if he did indeed return, it would likely be in flashback form. \

Well, star Taron Egerton has just shared a new teaser image on Twitter featuring a pair of eyeglasses with one lens shot that seemingly that Firth will be back for the sequel and ‘Harry Hart’ might just not be dead after all. Check out the image below and let us know what you think in the means in the comments section below. 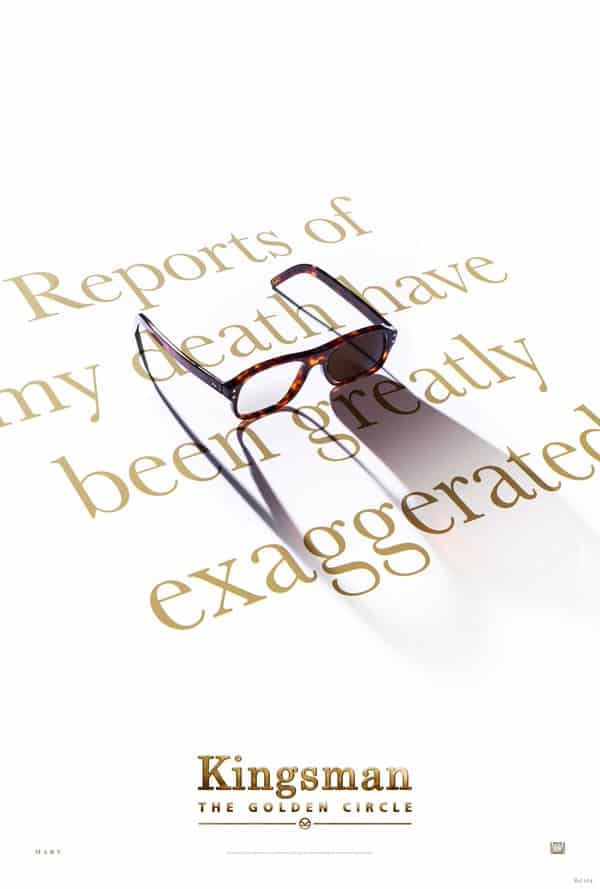