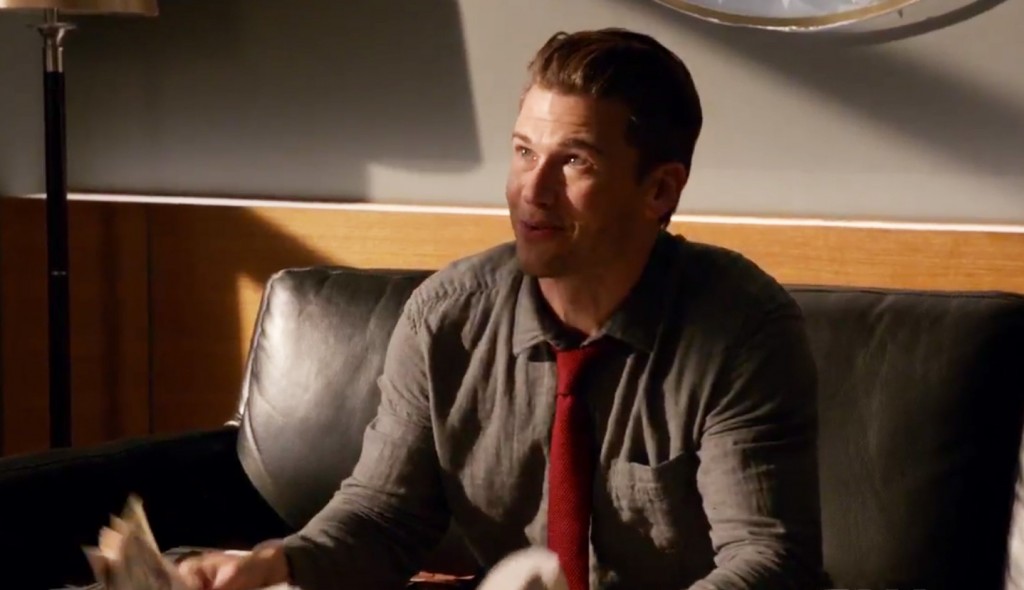 Legends of Tomorrow‘s second season is premiering next Thursday, and per the norm the CW is firing off new promos with both cylinders. In the latest promo video, we get a brief look at one of the show’s new characters coming to season 2. The show will be introducing the Justice Society of America comprised of Star Girl, Obsidian, Commander Steel, Dr. Mid-Nite, Vixen, and Citizen Steel. The new promo showcases actor Nick Zano as Citizen Steel, and how he fits into the team of superheroes.

How will @NickZano fit into the team? Find out on the season premiere of DC's #LegendsOfTomorrow NEXT Thursday at 8/7c! pic.twitter.com/ZWe2v87bYG

Citizen Steel is the grandson of Commander Steel. In the comics he is a character whose body is made of steel due to an unknown reaction that occurs in his skin caused by villain Reichsmark after coming into contact with his blood. It is unknown what parts of his origin are going to be carried over to the show, if any at all. Luckily we don’t have too much longer to wait until we find out.

Are you excited for Legends of Tomorrow season 2? Make sure to let us know in the comments.

After the defeat of the immortal villain Vandal Savage and the corrupt Time Masters who colluded with him, a new threat emerges. Dr. Nate Heywood (Nick Zano), an unconventional and charming historian, is thrust into the action upon making a shocking discovery – the Legends are scattered throughout time.

Nate must find a way to rescue season one’s beloved team of heroes and rogues, including billionaire inventor Ray Palmer (Brandon Routh), who has created an exo-suit with the power to shrink him to miniscule size, as the Atom; Sara Lance (Caity Lotz), the White Canary, a trained assassin; Professor Martin Stein (Victor Garber) and Jefferson “Jax” Jackson (Franz Drameh), who together form the meta-human Firestorm; and Mick Rory (Dominic Purcell), aka Heat Wave, a career criminal. When the Legends encounter the J.S.A (the Justice Society of America, the precursor to DC’s Justice League) in the 1940s, Amaya Jiwe (Maisie Richardson-Sellers), aka Vixen, joins the team. While the team reunites, a mystery looms – the fate of former captain Rip Hunter (Arthur Darvill).

Legends of Tomorrow season 2 premier October 13th at 8 pm on the CW.