Entertainment Weekly has revealed a new look at the brave and the bold from the upcoming Justice League film set to hit theaters this fall.

While speaking to the magazine as part of their SDCC 2017 preview, Ezra Miller opened up about the DCEU’s version of The Flash. Miller previously debuted as the scarlet speedster in last year’s superhero epic Batman v Superman: Dawn of Justice and then appeared once more in Suicide Squad. The actor revealed the silver screen version of the character is going to be a bit different than the version we’ve grown used to on The CW as he explained his Barry Allen is a huge Metallica fan:

“He’s this really endearing, altruistic nerd. He’s the 13-year-old Metallica fan, and Metallica says, ‘We lost our drummer in a freak accident. We need you to play drums, bro!’ I don’t even have drumsticks!”

The new image features Batman (Ben Affleck) alongside Wonder Woman (Gal Gadot) and The Flash (Miller). You can check out it out below. 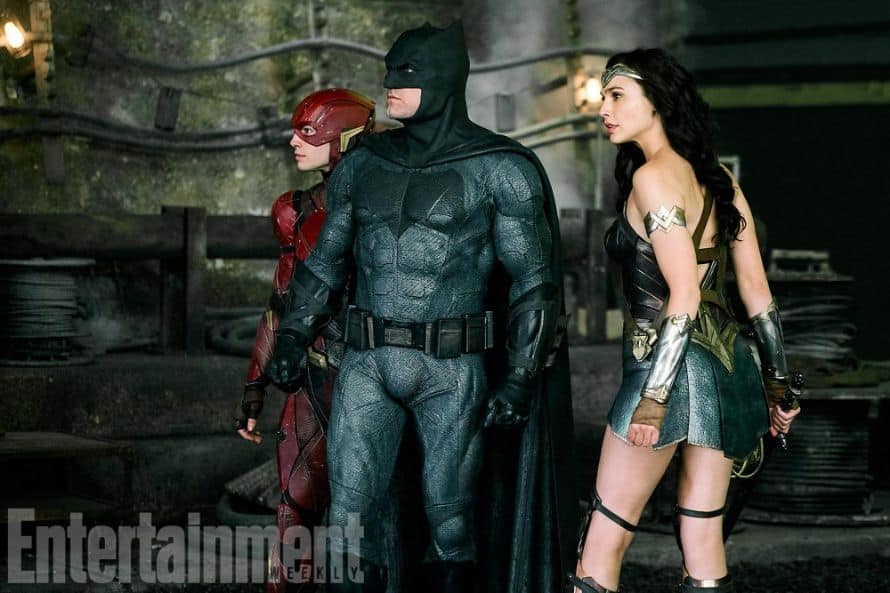