The past week has been quite awesome for Marvel fans. We witnessed the first official look at Guardians of The Galaxy Vol. 2  thanks to a dope teaser trailer. Then we received confirmation that this year’s Luke Cage would receive a follow-up season, and now, we have a great new look at Yondu from the upcoming Guardians sequel. The character, who first appeared in the 2014 original, will sport a more comic book accurate outfit this time around, as his iconic mohawk will finally make its live action debut. The mohawk was alluded to in the first film, but was extremely tiny as you can see in the image above. Of course, The Walking Dead‘s Michael Rooker will return to the role.

Thanks to the positive reception to his role in the original, one would assume Yondu will continue disrupting Chris Pratt’s Star-Lord for many years to come. You can check out a brand new look at the character below: 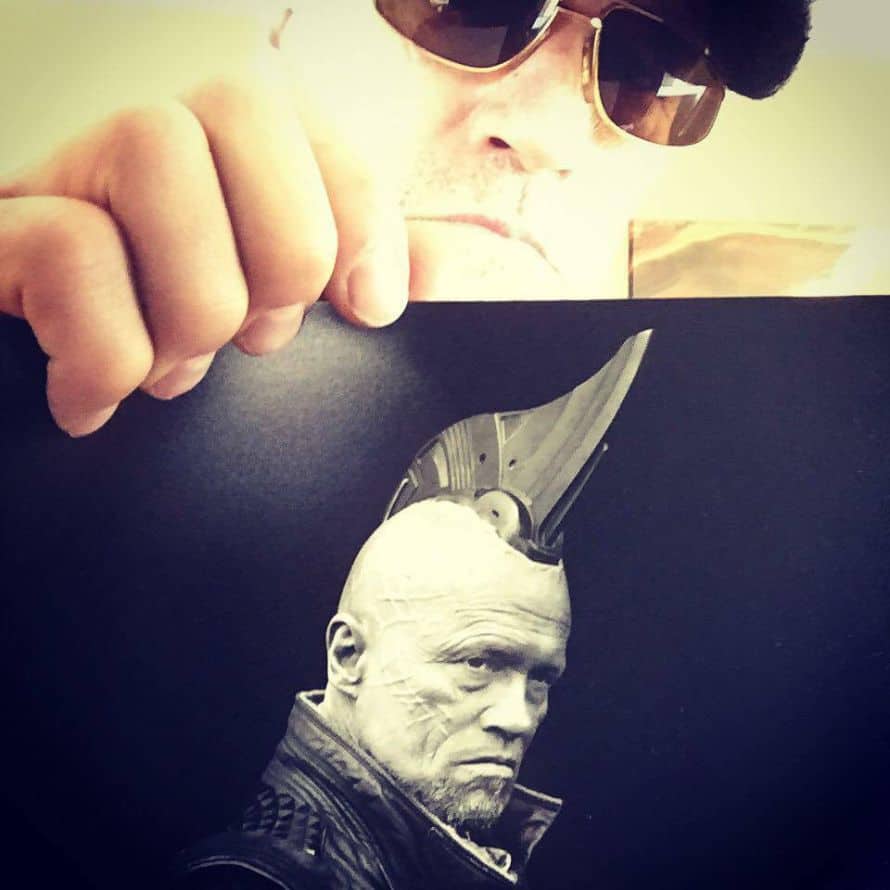 So, what do you guys think? Are you excited to see Rooker return as Yondu in the upcoming sequel? You will not have to wait much longer, as the film is set to hit theatres everywhere next May!

Guardians Of The Galaxy Vol. 2 hits theatres everywhere on May 5, 2017.