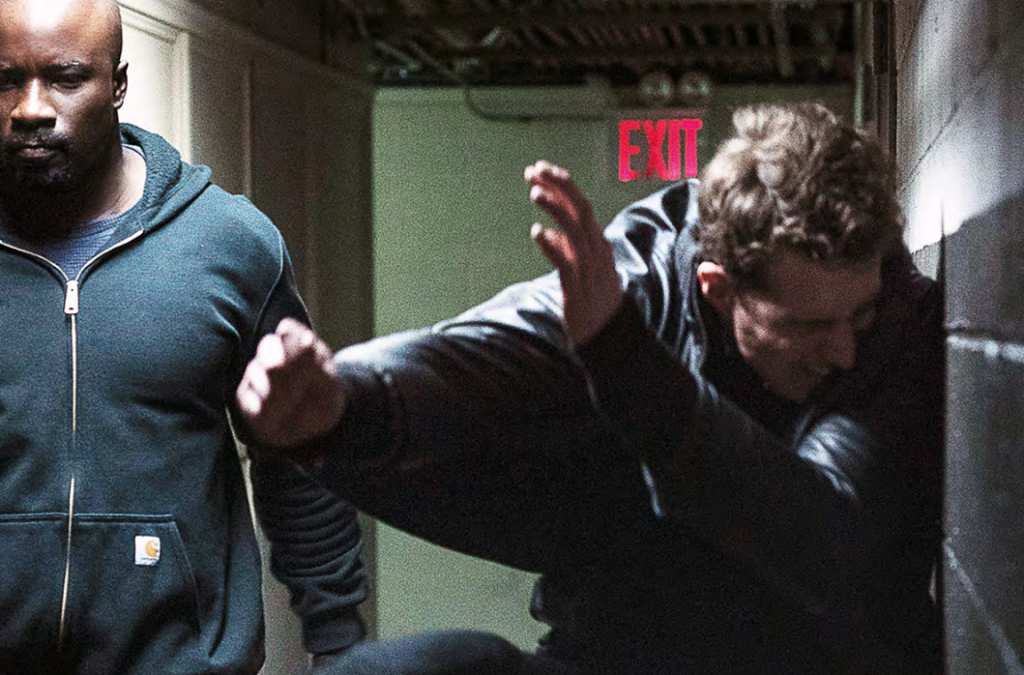 Cheo Hodari Coker, showrunner for Luke Cage, and star Mike Colter, sat down with SFX Magazine to speak about the upcoming show. Along with the interview, the two also released some brand new images from the show, the first can be seen above, the second later on in the article. Coker focused on how the show tells deeper stories than even the comics, and relates to current events.

“People sometimes get lost in the spandex of it all. We focus on the drama and the human interaction in addition to the powers. It’s the opportunity to tell deeper stories.”

“It’s classic Luke Cage, and it’s not different from the Luke Cage in the comics. But we’re able to go places that you couldn’t necessarily go [in the comics]… Luke Cage belongs to Marvel. But they’re letting me drive the car around and they let me take it to the garage and add a couple of things to it. It’s not about reinventing the car. It’s about making it roll faster.”

Coker’s comments here definitely give fans plenty to be excited about as it sounds as though the showrunner is confident the series could even be better than any of Luke Cage’s comic runs.

Mike Colter also burst in to assure fans more “Sweet Christmas’s” will be in store.

Coker then also went on to speak about the timeliness of the show, how important a character like Luke is in the time we leave in.

“My main responsibility is to tell a story. The fact that I get to tell a good story that’s culturally relevant is icing on the cake. I think it’s important that black artists and black writers have the ability to do that.”

“Certain things happen that force Luke to use his powers to change things for the better in and around his neighborhood. One thing that Jeph Loeb said that’s very important about writing Marvel characters is that by and large they are not happy to have their powers. Wolverine has an adamantium skeleton that he didn’t for. Even somebody like Spider-Man is haunted by the fact that the one time he could have used his powers would have changed his family’s trajectory. The powers are a burden but with these heroes what makes them heroic is what they do despite the challenges that they have. With Luke it’s very similar. He’s haunted by certain things but at the same time he’s driven by the greater good.”

Granted I’d love to receive super powers, I really like the approach Coker seems to be taking with the character. I can’t wait for the series to drop this fall.