‘The Eternals’: Kumail Nanjiani Reflects On The Reaction To His Shirtless Photo

The relatively lesser-known beings known as The Eternals will receive the big screen treatment this year with a new Marvel Studios film centered on the eponymous immortals. With the Lunar New Year now upon us, Marvel Studios has released a new poster for The Eternals to celebrate to occasion. 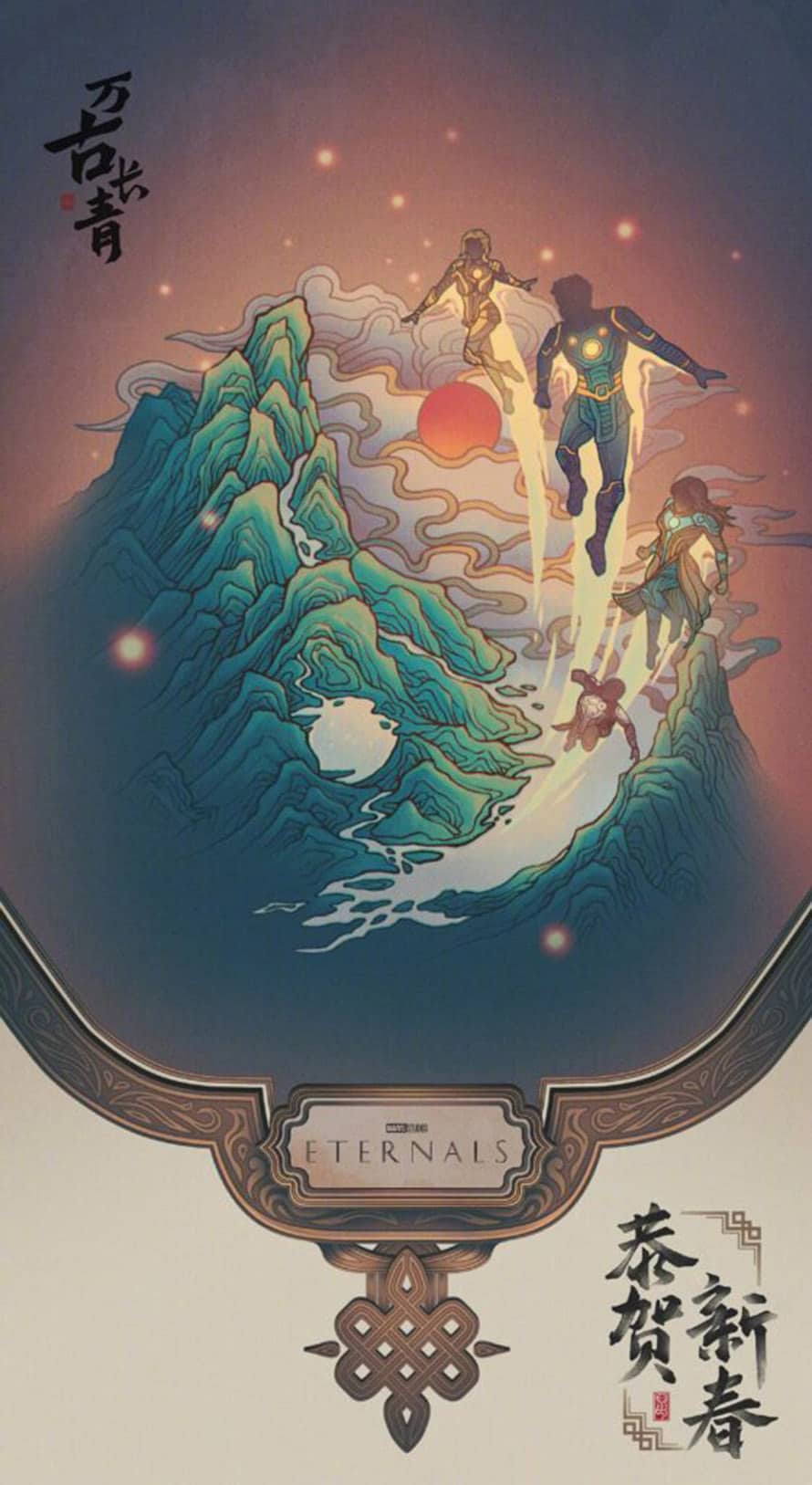 What do you think of the latest poster for The Eternals? Let us know in the comments section!

Here is the official synopsis for Marvel Studios’ The Eternals:

“Marvel Studios’ The Eternals features an exciting new team of Super Heroes in the Marvel Cinematic Universe, ancient aliens who have been living on Earth in secret for thousands of years. Following the events of Avengers: Endgame, an unexpected tragedy forces them out of the shadows to reunite against mankind’s most ancient enemy, The Deviants.

The Eternals will be released in theaters on November 6, 2020.