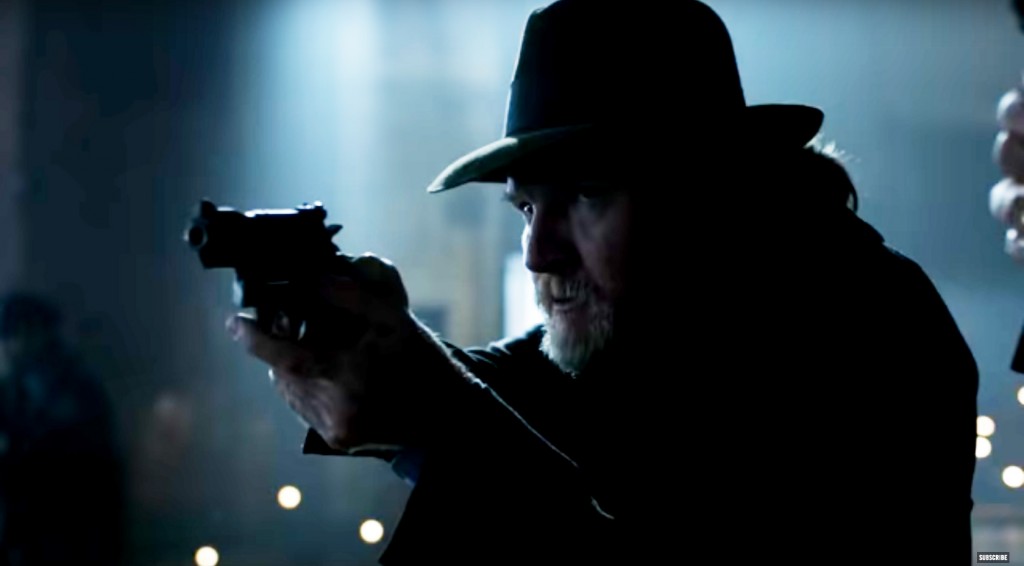 Most characters going into Gotham‘s third season are due for some changes. From Gordon to Bruce, season three is going to give them all new territory to explore. But for one character, instead of moving forward, Harvey Bullock is going to be taking a step back to his skull-cracking comfort zone. The end of season two saw Bullock leading the GCPD in an effort to find Gordon, but Bullock apparently did not take that role for the long haul.

A new promo has been released for Gotham’s third season, featuring everybody’s favorite foul mouthed partner. According to Bullock himself in the promo:

“I did a good job, being Captain. Even liked it, but I am more than happy to get back to the business of cracking skulls, especially the freaks from Indian Hill.”

Check out the brief promo below:

Along with Bullock, we also get some more quick glances at the Monster that were released from Indian Hill.

Gordon works in a monster-ridden Gotham as a bounty hunter and seeks to find answers about the Indian Hill escapees, and why their powers appear to be killing them. Meanwhile, Bruce’s doppelganger roams the streets, and Barbara and Tabitha open a new nightclub called The Sirens in the all-new “Mad City: Better to Reign in Hell…” season premiere episode of GOTHAM.

Are you looking forward to Gotham season three? Make sure to let us know in the comments.

Gotham returns for its third season on September 19th.