Two new images from the upcoming Thor: Ragnarok film has been revealed offering new loks at Thor, Loki and The Grandmaster.

Director Taika Waititi brings his unique style and sense of humor to Marvel Cinematic Universe with the third standalone Thor film as Ragnarok finds the God of Thunder up against The Incredible Hulk (Mark Ruffalo) on the planet Sakarr in the Contest of Champions run by The Grandmaster, run by one of the Elders of the Universe, a cosmic game player, and brother to Benicio Del Toro’s Collector.

While speaking with Empire, Hemsworth described the film as“not feeling so otherworldly,” as he spoke on his experience working with Waititi and how the director managed to bring a fresh take to the table for the project:

“Anything that felt Shakespearean, Taika just said, ‘Come on, we’ve done that. He doesn’t talk like that anymore.’ There’s a lot of ad lib in this, which there was never really room for before. It’s probably the most fun I’ve had on a Marvel film.”

Hiddleston also discussed his experience working with Waititi and the improvisation in the Thor film while reassuring the director maintained the integrity of the comics:

“Taika’s been so respectful to the mythology. But he’s injected so much humour into it. He’s given every character truly laugh-out-loud moments without betraying their integrity. I fell in love with him immediately. He’s a loosey-goosey improvisational grandmaster himself, so we hit it off. He’s a wonderful and stylish and deeply handsome director. I think he’s going to do something special with this.”

You can check out the new Thor images of Hemsworth and Hiddleston, plus Goldblum alongside Rachel House’ Topaz below. 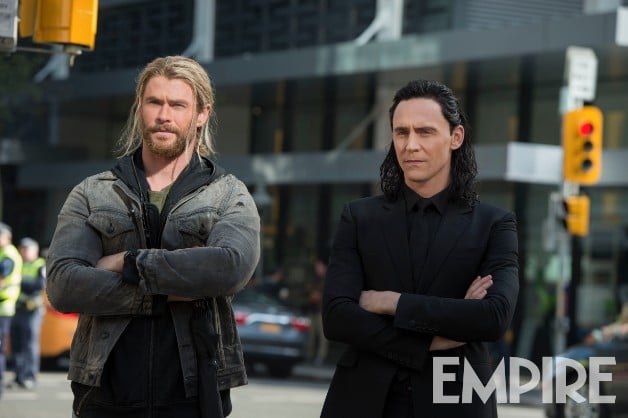 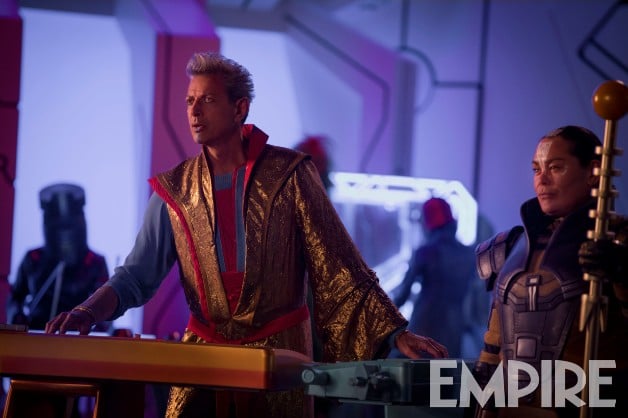