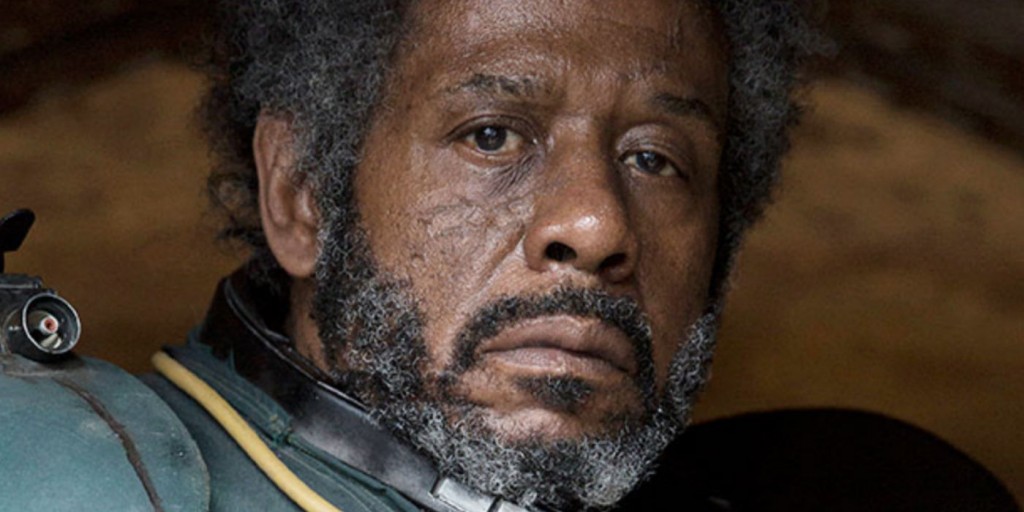 A second TV spot for the upcoming Rogue One: A Star Wars Story has aired in honor of the 2016 Rio Olympics. According to Making Star Wars, this new TV spot features some footage that was captured from the much-reported on reshoots. One of the most notable elements being seen from Forest Whitaker’s Saw Gererra, who is sporting a new haircut.

From the looks of this weeks’ marketing campaign for Rogue One, it seems to me that LucasFilm is timely with a build-up to the upcoming trailer premiere not just because it is taking advantage of the airtime during the Olympic Games, but also due to how it is paralleling the team dynamic between the athletes and the film’s characters. Clever decision on your part, LucasFilm.

The next trailer for Rogue One: A Star Wars Story will air this Thursday during the Rio Olympics. What do you guys think we will be seeing from the new trailer? Will we see more of the new characters in action? Perhaps some exciting footage of the boots-on-the-ground combat we have yet to see in a Star Wars film? Or better yet, will we get our first live-action look at Darth Vader since Star Wars: Episode III – Revenge of the Sith? I think it is safe to assume we will hear his iconic breathing.

You can check out the new TV spot via Streamable.