If you like bright colours, pulpy science fiction and that classic film poster touch then you are going to absolutely adore this poster, probably as much as I do. We’re a mere two months away from Star Trek Beyond and the marketing machine is well and truly in action with the second trailer still fresh in everyone’s minds. Now we have a new poster and I’m sure many people have a new wallpaper for their phones, because it’s a good’n! 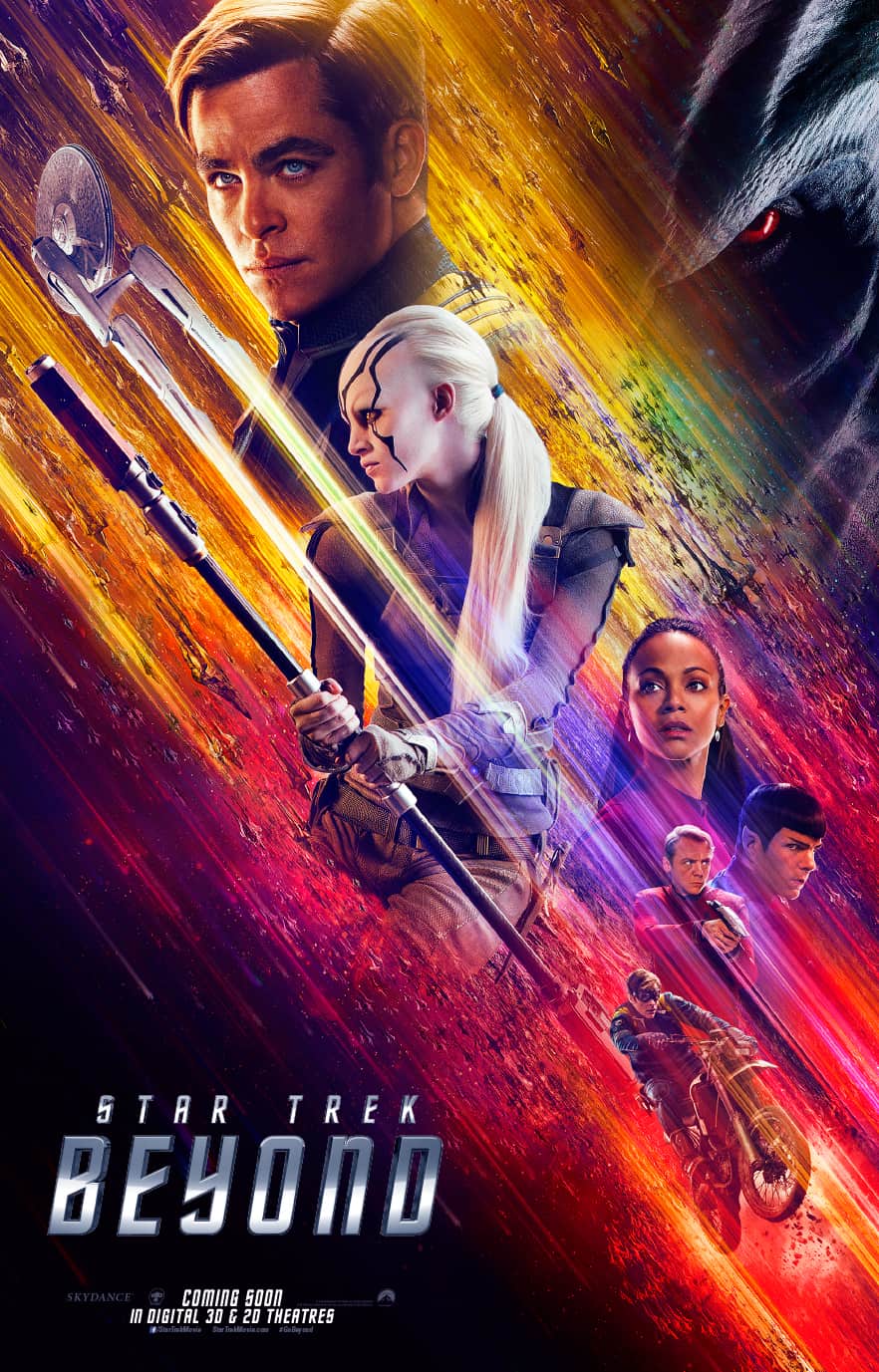 I’ll be honest; this gorgeous and dynamic poster excites me just as much as the trailer did. If you want some reminding as to what you can expect in Justin Lin’s first addition to the Star Trek franchise you can check out the synopsis below;

And of course you can see it in theatres July 22nd